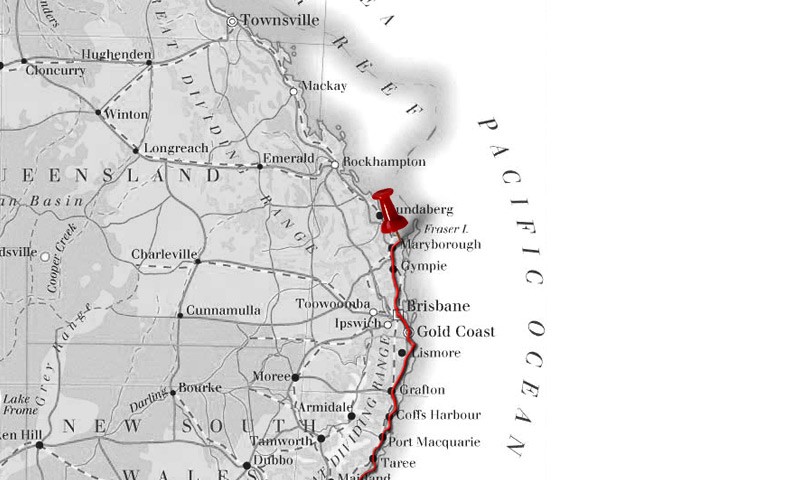 Although it was a cloudy start this morning, which continued for much of the day, it was actually a welcome relief from the extreme heat and humidity of the last couple of days. We've had the odd shower now and again, but nothing to prevent us from getting out and about. It has been pleasantly cool (I say cool, but it's still 26 degrees!).

We headed further up the coast towards Mount Coolum, passing through Coolum beach and heading up towards Noosa Heads. There was a lookout point at the heads which gave a fantastic views over Laguna Bay and Lake Cootharaba.

Pushing North we found a great scenic lookout at Mount Tinbeerwah. We parked up and took a brief 250m walk up to the lookout. The view was amazing. We also spotted some unsual looking birds which Stu managed to capture on camera. We took the opportunity to eat our sandwiches at the lookout point.

We continued through Gympie and up to Hervey Bay.

On arriving at Hervey Bay the first thing we did was to book a tour to Fraser Island. The weather forecast for tomorrow is 'mostly fine and sunny' so it should be a bit better than today. Looking forward to our trip around the island and taking lots of photos!