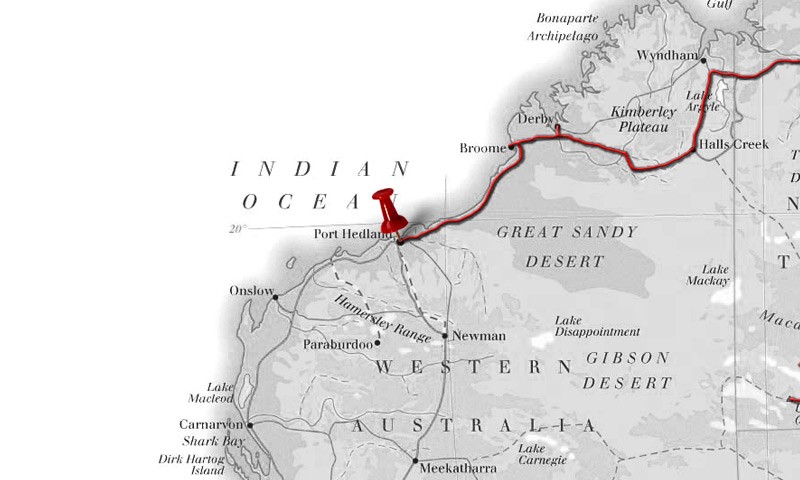 We decided on another mission today and drove to Port Hedland. The landscape was incredibly flat along the way, sometimes with nothing on the horizon for hundreds of miles. The background gave the appearance of melting away into water due to the thermals rising from the ground.

We saw some wildlife; plenty of wedge-tail eagles searching for road-kill and a few lizards scurrying across the road. I saw one eagle carrying a lizard in it's claws, though it was too quick a glimpse to be caught on camera unfortunately.

We stopped briefly at a roadhouse along the route, so we could re-fuel and make some sandwiches for lunch. As we were parked up, we saw a group of juvenile birds (they looked like common minas, but not sure) by the side of our van. Eventually, a couple flew up and landed on the wing mirror right next to me. They looked eager to tuck into our sandwiches!

Once we arrived at Port Hedland and secured ourselves a pitch at the campsite, we headed out for a drive to try and capture a good sunset. Before that we decided to stop at a local bar to grab a cool drink while the sun descended in the sky. It was a local bar for local people, most of the patrons being miners with plenty of blue language!

Port Hedland is a mining town, and of course a port, and the best place in the town we could find for the sunset was still obscured by some huge ships in the harbour.

There didn't seem to be much else at Port Hedland, the big focus being the iron-ore mining - that�s about it. We did notice huge mountains of salt being stored as we entered town. We could also see the huge evaporation gullies that had been dug out to collect the salt from sea water. If you are into salt or iron I guess Port Hedland is the place for you, otherwise it's just another in-between stop for a longer journey.