The Mother Of All Drives 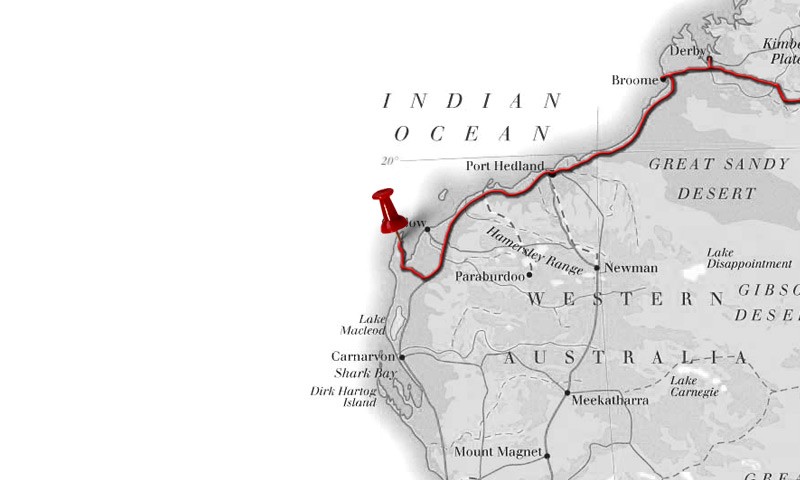 It was tempting to head to Karjini National Park today, except this park wasn't located anywhere near the coast (our intended route south) and would involve a 200km detour inland. Therefore we decided to give it a miss, which was a shame as the review of the park in our travel book sounded great.

Our first stop was at the historic town of Cossack - now just a ghost town of old buildings. It was originally designed as the principle port in north-west Australia, and was boosted by the pearl industry in the 1870's and the subsequent gold rush in the Pilbara region. However, the decline of the town was fairly swift when the pearling fleet moved to Broome and the gold rush rapidly declined, so prospectors soon moved on. The municipality of Cossack was dissolved in 1910, and so just a few of the original buildings now remain as a museum describing the town's history.

After leaving this town, we decided to make the long drive to Exmouth. We could have stopped somewhere short of this but there didn't seem to be too much to see around here, and we thought it would be nice to make our way to the coast.

It was another really long drive and not the most interesting one either. Again, lots of flat landscape - interspersed with the odd mountain range along the way. We've noticed that the landscape was also beginning to look more arid than it had been to start with - lots of red rock and dust.

We arrived at Exmouth around 7pm, and unfortunately both the campsites we saw had closed at 6pm. Fortunately, someone was still around at the second campsite and we managed to secure a pitch.

Almost as soon as we had arrived, we quickly left the campsite to find a good spot for the sunset. We drove further up the cape and came to the turning for the lighthouse lookout. This was perfect. It gave a great view over the area, but also a perfect uninterrupted view of the sunset so Stu could get some good shots.

There is plenty of wildlife around here too. We saw some wild Emus when we first got to our campsite, and there were some wandering the streets too. There were also a couple of Kangaroos near the lighthouse, as well as some interesting looking bugs. Stu believes he caught a glimpse of a rare ring-tailed rock wallaby when taking his picture of the sunset.