Swim To The Reef 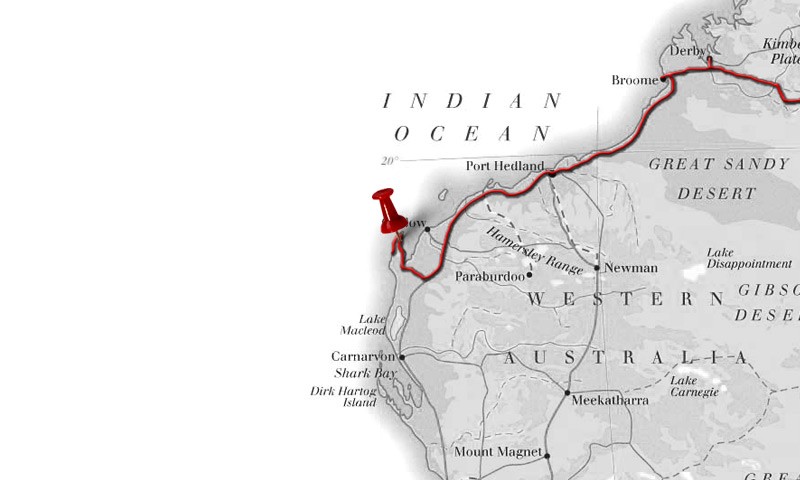 We decided to have a bit of a lie in this morning due to spending most of yesterday on the road. Although you are spending the best part of the day sat on your backside you become really tired from not doing anything - strange how the body works.

We decided to head around the cape towards the national park - a little further on from the lighthouse we visited at sunset the day before.

We drove 30 or so kilometres and were greeted by a manned booth asking for $10 AUD entry into the national park. Not much, so we figured it'd be worth a look. We were provided with a map of the park and details of the information centre.

Exmouth is all about Ningaloo Reef - a smaller (250km) coral reef that stretches up the coastline from south of Coral Bay to the tip of Exmouth cape. What makes this reef special is that it's easily accessible from the beach. Simply don your gear, swim a little, and you're there!

With this in mind we first decided to drive down the cape and visit some of the places above water. We popped into Turquoise Bay and were really impressed. The name 'does what it says on the tin'; it's an idyllic beach with brilliant white sand and crystal clear water. A brief chat with a snorkeller revealed that visibility was good and that they'd seen lots of wildlife.

We continued down the coast and took a brief look at Bloodwood Creek. The road to the creek was terrible, and the resulting view wasn't all that impressive either. We decided to head back to the information centre, rent some snorkelling gear and return to Turquoise Bay.

During our snorkel trip we saw lots of brightly coloured fish, lots of coral (brain corals are my favourite!), sea cucumbers and starfish. It wasn't as colourful as Knuckle Reef on the Great Barrier Reef, but for a 60 second swim from the beach (and $10 AUD) it was really impressive! There were some rather large fish and it was fun to dive down and swim alongside them briefly.

After such a pleasurable afternoon the last thing on our minds was another long haul. We decided to return to a different camp site, take a dip in the pool and chill out.

We had a lovely meal at a local Italian restaurant and settled in for the night.

The temperature for today was 42 degrees! Sarah mentioned that by the time she'd finished hanging out the washing the first items had already dried and she could start bringing it back in!