Where Are The Monkeys? 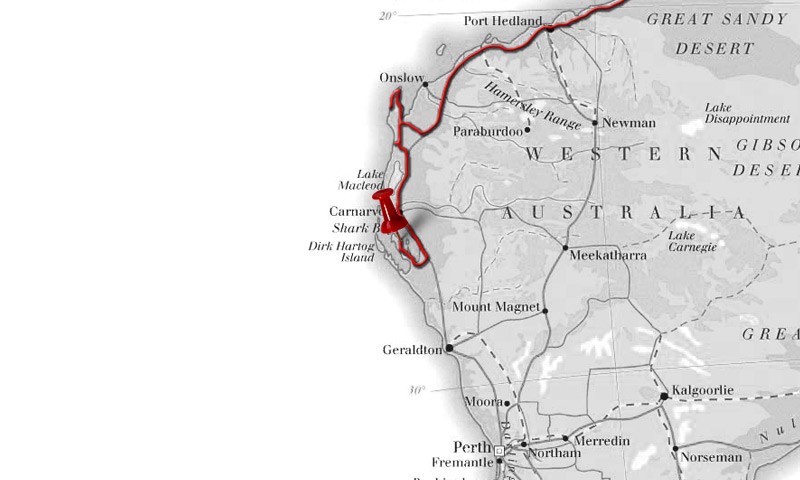 Before leaving Carnarvon this morning, we took the opportunity to have a quick drive around the town. We stopped off at the One Mile Jetty, built in 1897 to assist in the export of sheep and cattle. Also next to the jetty are some of the trains used in years gone by. Then we headed over to the large satellite dish, which assisted in the moon landing many years ago, before leaving the town.

We drove near the coast down to Shark Bay, situated off the town of Denham. Along the way there were a couple of good lookouts to the sea. One of these lookouts, Shell Beach, was made up entirely of tightly packed tiny shells up to 10m deep - an amazing sight. Shark Bay itself was a very pretty bay, once again with crystal clear blue waters.

We made it in good time to the resort of the Monkey Mia Reserve. No monkeys here though, only bottlenose dolphins! Apparently, they have been coming here to be handfed since the 1960's and still come regularly - with an attendance record of 99.6% in the past 5 years (so it tells us in the resort brochure). The morning feed is around 8am, and they advise you to get there earlier, so it'll be an early start for us tomorrow.

The resort seems very nice, plenty of emus wandering around the campsite. Stu had a swim in the sea earlier on this afternoon. He said the current was incredibly strong. He's just gone out now to capture some pictures of the sunset.