More Of The Beautiful West Coast 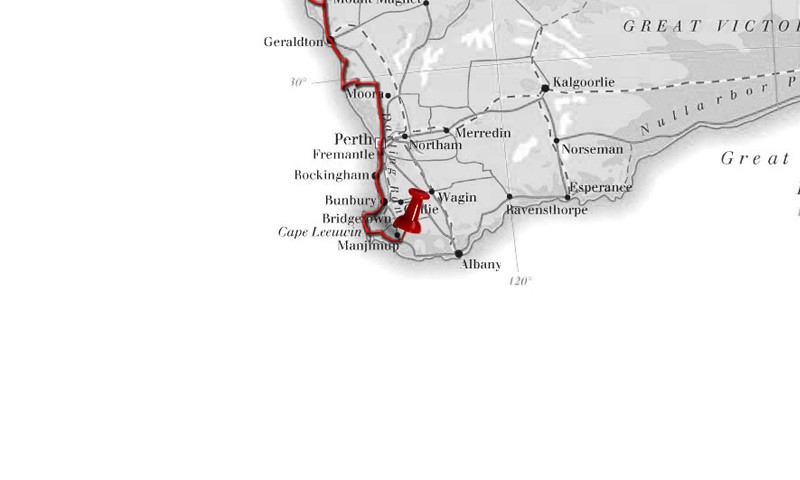 It was another cool and damp start to the day today, with a little rain on and off for most of the morning - but turning sunny and bright later on.

We drove to Cape Naturaliste and saw the small lighthouse, then continued our drive down through the Leeuwin-Naturaliste National Park. This park stretches down the west coast from Cape Naturaliste down to Cape Leeuwin. The countryside we drove through in this area was really beautiful and green, a brief reminder of countryside back in New South Wales (even back in the UK!). It was so peaceful and attractive, we had to pull up the van and take a few pictures along the way.

The Margaret River is the wine region of Western Australia. We passed a fair number of vineyards on the way but we didn't stop anywhere today - we remembered just how much money we spent in the Hunter Valley!

Towards the far end of this coastal area was Hamelin Bay, a beautiful little beach where we decided to take a stroll. The remains of an old wooden jetty are still visible jutting out of the white sand.

At the tip of the park is Cape Leeuwin. It is where the Southern and Indian Oceans meet. It is also the home of the tallest lighthouse in Australia. We wanted to take a walk around the lighthouse, but found out they not only charged you for a guided tour, but also simply to walk up the lighthouse! We thought this was a bit unnecessary, so decided not to pay and took our pictures from a short distance away. We also took a walk down to the coastal rocks, and could see the effect of the meeting of the two oceans - the waves looked pretty fierce! A little further on is an old water wheel, used many years ago to pump water to the lighthouse - now also left to ruin by the sea.

We made a brief stop at Beedelup Falls. It was just a short pathway down to the water, which also took you across a very slim and wobbly bridge.

Once we arrived at Pemberton, we thought a few drinks were in order so made a stop at the Pemberton Hotel, before heading off to our campsite nearby.