Bays To Pass The Days 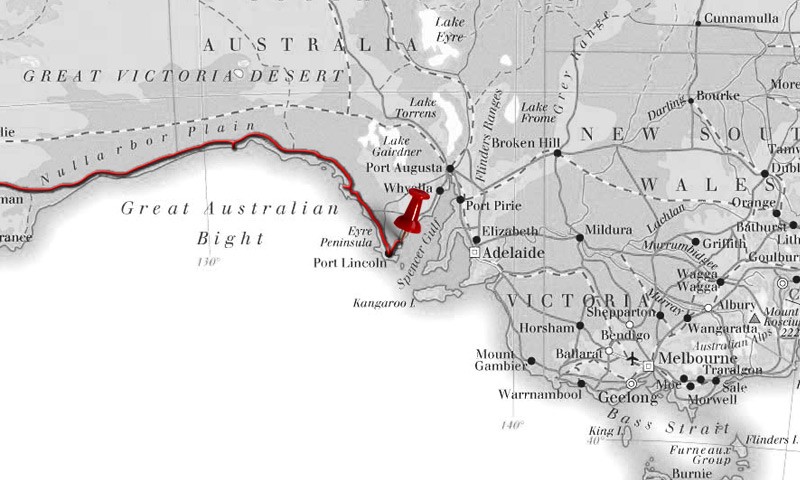 We made a brief stop this morning at Murphy's Haystacks, a series of unusual granite rock formations in the middle of some wheat fields. Their odd shape caused by erosion over thousands of years.

We made another brief stop at Venus Bay, which looked very pretty and tranquil.

We made a longer stop at Elliston, midway between Streaky Bay and Port Lincoln. It had a lovely bay and beach, as well as an old jetty. There was a tourist drive which takes you around the bay and also up to the cliff top overlooking Anxious Bay below. We couldn't do the whole of this route as the road was unsealed and looked a bit bumpy; nevertheless we still got a good lookout.

After leaving Elliston we stopped briefly along the highway at a little house called Lake Hamilton Eating House, popular in the 1800's as a refreshment stop for horse drawn carriages.

Around lunchtime we stopped at Coffin Bay, located on the south west corner of the Eyre Peninsula. This was another attractive bay, completely unspoilt and a good spot to have something to eat. It seems to be a popular place for fishing, and was very quiet.

We drove through Port Lincoln. This was a much busier town but there didn't seem to be a reason to stop. Instead we proceeded on to Tumby Bay around the other side of the peninsula to Elliston. Another very quiet, and very pretty bay - it seemed a good place to stop for the night. Stu cooked up a fantastic Mexican meal - a much needed treat.

The weather has remained very hot. The heat wave is still very much present. You get a nice coastal breeze by the water, but along the way, for example when we stopped at Murphy's Haystacks, the air was incredibly hot and you only wanted to get out of the van for a few minutes to look around.