And So The Heatwave Continues... 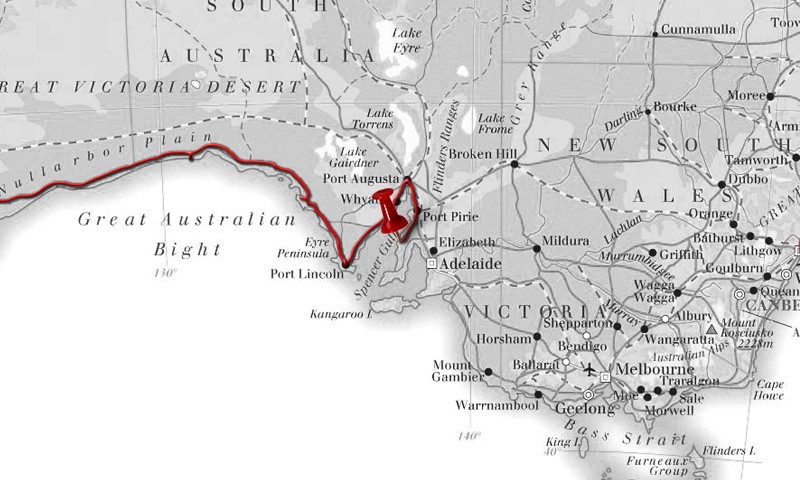 Before leaving Port Augusta, we headed over to the Wadlata Outback Centre. In the centre there are various audio-visual displays conveying the origins of the Australian outback, from the Aboriginal Dreamtime stories, right through to the days of the European explorers and settlers. It was really interesting and well presented, and really good value at just $10.95 AUD each.

As we left Port Augusta driving down the main highway heading for the Yorke Peninsula, we drove past the Flinders Ranges. These are an impressive series of ranges rising abruptly from the vast arid plains.

Once the ranges come to an end however, the landscape becomes very flat once again and consists of golden fields of wheat for miles around. That is, it was once wheat - at the moment it's either been harvested or isn't growing!

We stopped briefly in a place called Port Broughton, just to take some pictures of the small houses and buildings there.

Eventually, on our way down the Yorke Peninsula, we decided to stop at Wallaroo to get a campsite for the night. Thankfully, the campsite is located on the beachfront, so we have our van parked right on the edge with a coastal breeze blowing through. It's still really hot but the coastal breeze really helps. We now keep a little eye out for those whirly winds!

The news has been advising that the heat wave is set to continue all this week, with temperatures finally coming back down into the 30's again at the weekend. We can't really complain too much as we do have good air conditioning in the van, and most places you stop at indoors tend to have very good air conditioning as well. That said, it will be nice to have the temperature nearer the 30 degree mark!

Rather annoyingly I dropped my deodorant in the shower block this morning and it broke, leaking liquid out everywhere. In this weather, I think that's going to be the first thing on my shopping list for tomorrow!