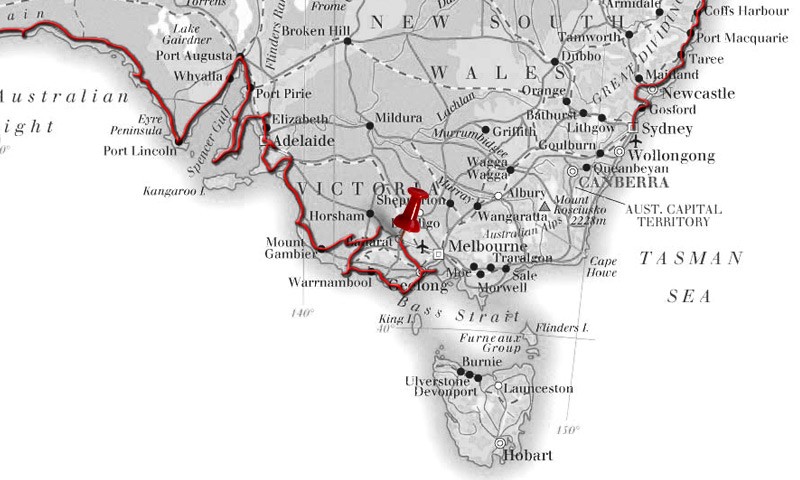 We took a bit of a drive further around the Bellarine Peninsula to Barwon Heads, as this had a lighthouse and a couple of nice lookouts to sea. To top things off the weather was lovely today too.

We had originally planned heading to Melbourne today, but we decided it would be nice to have an easy going day, so instead took a drive to Ballarat, a bit further inland. We wanted to visit Sovereign Hill in Ballarat, but we'll do that tomorrow. Instead, we arrived at the campsite in the middle of the afternoon and had a nice rest. It was interesting driving up to Ballarat as we noticed that the sky was becoming really hazy. We found out that although the recent bushfires have been concentrated mainly in the areas north-east of Melbourne, the smoke was still making its way over this way and having an effect on the sky. It was even warning on the news not to panic about the smoke in the sky, as this was only where it was blowing over from areas in the east.

It was nice to settle down early at the campsite. Stu had a dip in the pool while I took a short sleep in the van. We enjoyed bangers and mash for tea tonight!