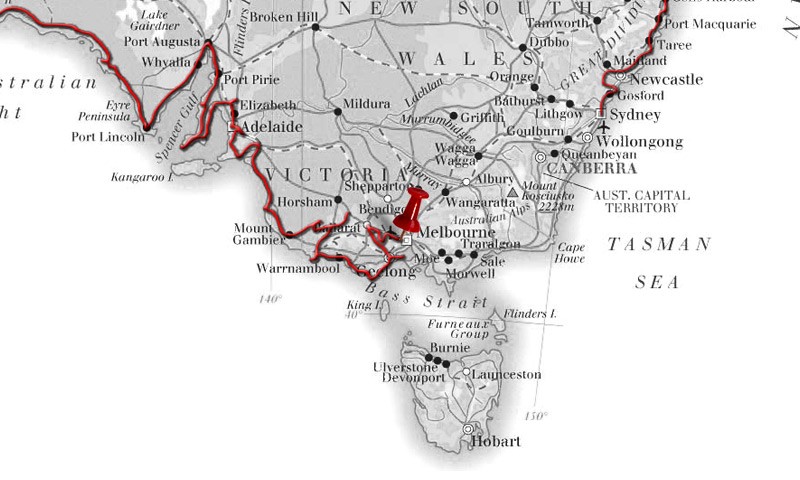 Today we drove up to Sovereign Hill in Ballarat. This is a reconstructed replica of the main street in Ballarat during the gold rush period. It's a living museum with people dressed in period costume performing the chores of the period. I had mixed feelings about this place to begin with and wasn't sure if I would enjoy a replica gold mining town. However, we both had a really enjoyable time! It was good value at only $37.50 AUD each, which includes entry to the Gold Museum as well as Sovereign Hill itself. It has the feel of a proper town and there is so much to see. Many of the areas of Sovereign Hill include original machinery from the gold rush period which has been lovingly restored back to working condition.

We had also been on a gold mining tour in Charters Towers, Queensland, which was really good but of course the machinery no longer works and stands still. So to see everything working as it would have done in the 1800's was fascinating. Highlights for us were the Boilers and Battery, both in perfect working order with guys on hand to explain how everything works. There were also demonstrations of real gold being poured into a mould, boiled sweets being made, candles being dipped.

We enjoyed afternoon tea and scones in the New York Bakery, enjoyed wandering around various shops selling jewellery, ironware in the Blacksmiths, brassware in the Foundry etc. There is an area where you can try your luck panning for gold (although it is a man-made replica stream and there isn't much luck of striking lucky for gold). The perfect ending to our time at Sovereign Hill was the Gold Mine Tour. This took us underground via a tram, with no lights so we could experience it how the miners would during the gold rush. Once down in the mine we were taken to various exhibits which included a demonstration of rock drilling. It was an interesting tour, concluded with a train ride followed by the tram which took us back up to the surface. This tour was an extra $7.50 AUD each but well worth it. A thoroughly enjoyable place all round.

After a visit to the Gold Museum opposite, we took a drive towards a campsite in Melbourne, just outside the city. When we arrived we discovered that the site was actually fully booked in terms of their motor home pitches. However, we were both feeling tired after walking around Sovereign Hill all day and couldn't face driving around to find another campsite. So, as a special treat for Valentines Day too, we decided to stay in one of the campsite cabins. A bit more expensive than a normal motor home pitch, but we felt we deserved a little treat after sleeping in a van for the last two and a half months. As an added extra, Stu also booked us an hour at the spa and sauna within the site. It was great as we had the jacuzzi and sauna to ourselves for the whole hour - a real treat and the perfect end to the day.