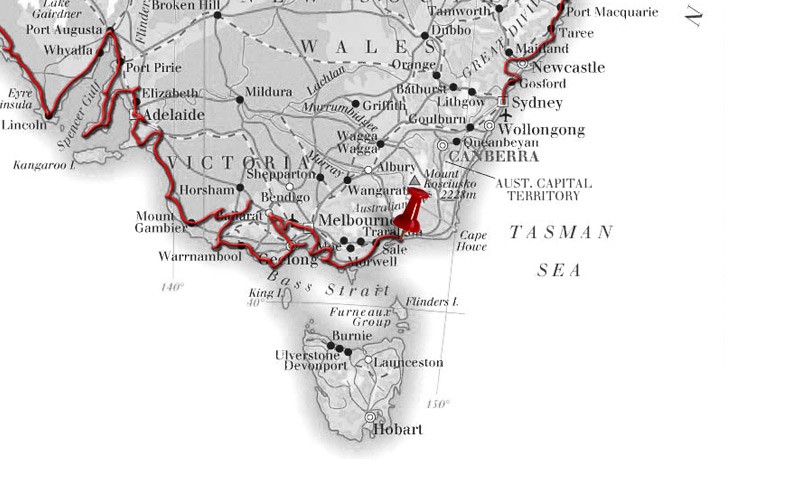 This morning we went to the Koala Sanctuary on Phillip Island. Entry to the centre was a very reasonable $10 AUD each. There were boardwalks which take you around to see some of the koalas resting in the gum trees. There were quite a few to see, some of them were asleep but a few woke up and Stu got some great shots. The boardwalks allowed you to get to the right places to see them as they nestled between the branches.

After the boardwalks was the woodland walk. Here we only managed to spot one wild koala, but we did see some lovely parrots and galahs as well as a wallaby in the bush land. The Koala Sanctuary was a great place to see koalas in their natural habitat, and was well organised so you can see them at your own pace.

We headed to The Nobbies at the far west point of the island. These rocks are the home to a large seal colony - although we didn't see any today. Even so, we took a walk along the boardwalks to see the rocks and the blowhole. There was a quick stop on the drive back to the bridge taking us off Phillip Island at Pyramid Rock. An unusual rock formation, made even more so by the roaring sound of motorbikes coming from the Superbike Grand Prix Track just further up the coast.

The rest of the day was spent making up some distance. We have it in the back of our minds that we need to be back in Sydney on 24th February, so we thought it might be a good idea just to do a bit of driving today. We made it as far along as Lakes Entrance on the south coast which was good enough for today.