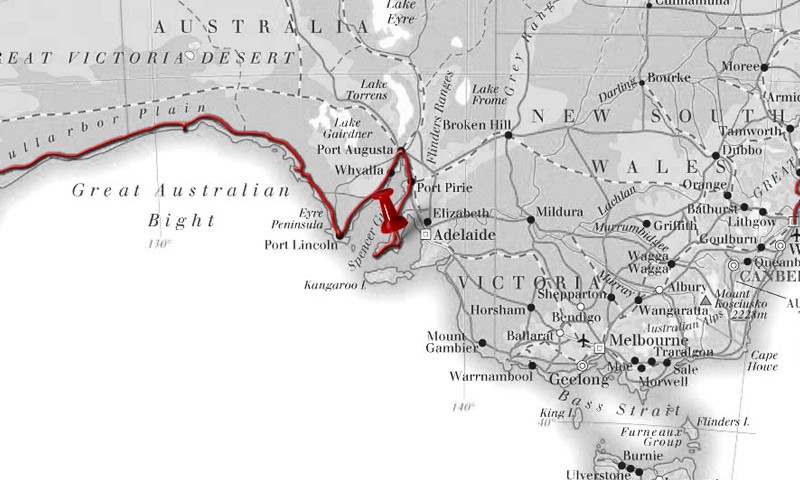 We drove further down the Yorke Peninsula today, ending up at Marion Bay. We stopped here for some lunch, before driving to the end of the peninsula, the location of the Innes National Park. Thankfully, although the heat wave is still with us, the breeze has turned a lot cooler making walking conditions much more pleasant.

The national park had some beautiful coastal scenery. We stopped first of all at the jetty, which was adjacent to an old gypsum mining platform. There were plenty of fish that could be seen in the water around the jetty. Then we made it up to the lighthouse which had some really dramatic views, the cliffs there were amazing.

We also took a walk around the historic township of Inneston. This is now a ghost town, an old relic from the boom days of gypsum mining. There is an area where the tennis courts were situated, with some of the markings still visible, although the Inneston cricket ground looks like cricket hasn't been played there for a while!

The most popular draw of the national park is the wreck of the Ethel ship on Ethel beach, where is lays almost buried by the sand and being slowly reduced to nothing by the pounding wind and surf.

When we made it to the west cape of the national park there were yet more amazing coastal views, and we could even see Kangeroo Island 16km off the coast.

After enjoying the national park, we headed over to the east coast of the peninsula to find a campsite in Edithburgh. The campsite is right on the coast, and it's very windy this evening - but this all makes for a nice cool evening. This is something we haven't seen for a while. It also has free wireless internet!