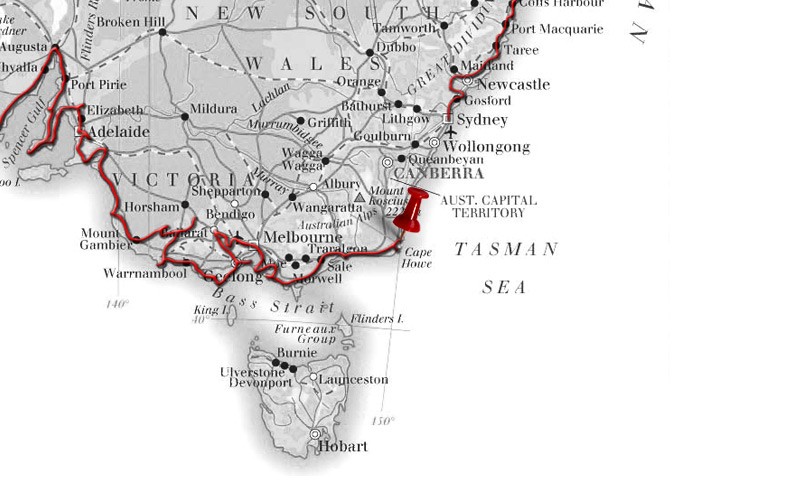 We left Lakes Entrance after stopping at a few of the lookouts we passed yesterday. It was quite hazy this morning, possibly as a result of the bush fire smoke.

We headed east towards the New South Wales border and took a brief detour along Cape Conran Coastal National park. The drive afforded us some nice lookouts towards the coast. We even spotted an old paddle steamer cruising along the inlet. There were lots of different wild birds, I even spotted Victoria's national emblem flying around (I'll leave that to the readers to figure out!). Afraid to say that I didn't manage a picture, it was far too quick.

Our book had recommended a visit to Mallacoota, a small coastal village near the border. It was a pleasant place and we had the opportunity to watch some pelicans being fed by a group of fishermen who were cleaning their catch. The benefits of owning a boat and a 4WD in Australia are many. Free fish for tea, exploring the coast, heading off down dirt tracks and taking advantage of all things this country has to offer.

We decided to press on and make our way over the border to New South Wales. It seems a bit weird that the last time we were in the state was nearly three months ago! The forecast for tomorrow is showers which is a shame as it'd be nice to explore some of the greenery.