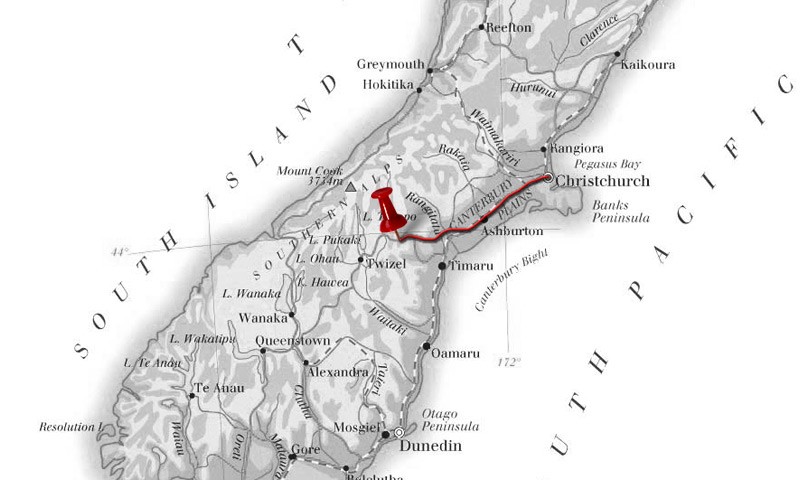 We woke up early this morning still feeling tired from the lack of sleep. Oh well, it won't be long until we are in the middle of nowhere and I'm sure it'll be a lot quieter then! Our room for the night included a substantial cooked breakfast which set us up for the day.

The camper van reception was a few minutes walk away from the hotel. The staff informed us that our van was en-route to the depot and we could expect it 'soon'. That 'soon' turned out to be about an hour! D'oh!

The camper van is a lot smaller than our Australian counterpart and lacks some of the mod cons (no hot water, shower, toilet, air conditioning or microwave). We figured that we wouldn't need these items for our New Zealand trip as it's a lot cooler and we can simply use the facilities at camp sites, so it's not a problem. It has saved us some money, plus it's a lot easier for Sarah to park this smaller van.

The first thing we did was park up the van and take a walk around the city. We both mentioned how eerily similar Christchurch is to a typical English town, a lot more so than anywhere we visited in Australia. You can even take a punt out on the Avon River!

We took a short trip on the city tram, which gives you some local sightseeing info, then stopped off at Christchurch museum. This was free to get in and turned out to be really interesting, with some great info on the early settlers of New Zealand and lots more.

We stopped for lunch at an Irish bar called The Bog and made our way back to the van. After spending the night in the city and both feeling like we'd seen enough of Christchurch we decided to head out into the wilderness. This is, after all, why we came to New Zealand in the first place! The destination we aimed for was Lake Tekapo, around 250km inland from Christchurch.

Once you are out of the city the scenery starts to become really impressive. We were reminded of Wales and the Lake District with the green misty hills populated by an endless number of sheep. With the temperature and the rain you could easily be fooled into thinking that you are in a picturesque part of the UK.

The drive to Lake Tekapo was very pleasant and on arrival we took a pitch overlooking the lake. The vista is absolutely beautiful. We have a number of small ducks waddling around our van and views over the lake towards some misty mountains. I think this is the point where the comparison to the UK ends, as I've never seen anything like this back home before.

We settled in for the night, mainly unpacking and organising our possessions into the van. It's quite a bit smaller than we are used to, but once everything had been put in it's place we felt a lot more comfortable and you get used to the space you have very quickly. We are both really excited to be in New Zealand and are looking forward to exploring what the country has to offer. If Lake Tekapo is anything to go by then we're certainly going to see some wonderful places. Even though it looked great when we arrived it had become a little dark and was still raining so Stu will head out tomorrow morning to get some good pictures.