Driving Through A Picture Postcard 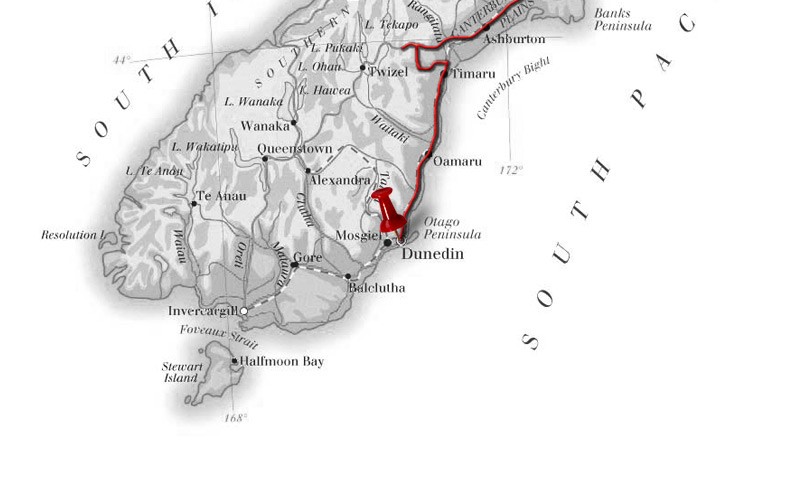 I woke up a little early this morning as I wanted to catch the morning sun through the mist over Lake Tekapo. I wandered out around 8am and the sun has risen slightly and had started breaking through the cloud cover. It was totally silent and the air was crisp and fresh. Another guy was up taking pictures and was fishing with a line. I didn't stay long enough to see if he caught anything but I did see quite a few fish bubbles.

We headed off towards Mount Cook to see if it would be possible to glimpse the peak. We had been told by the receptionist that if we took a right by the salmon farm we'd be at the lake quicker and that if we couldn't see the peak from the lake then it wasn't worth driving to Mount Cook as chances were that the cloud would be too dense to see the peak. I'm afraid to say that it was still rather cloudy, so we decided to give it a miss. It's a real shame as the peak is supposed to be spectacular. Perhaps we'll have another chance from the other side of South Island.

We drove through Timaru and stopped at Carolyne Bay for a few snapshots. We also purchased two extra pillows for the van as last night proved to be bordering on the uncomfortable. The additional support should make things a lot more pleasant.

Further down the coast is the historic township of Oamaru. A lot of the buildings were made from the local sandstone in the late 1800's and have a strangely familiar look to them, perhaps I am thinking of Bath? We managed to find a great lookout over the town.

Onwards to the Moeraki Boulders, a collection of 60 million year old rocks continually battered by the tide. You'd be wrong to think that they were formed by tidal erosion; they are in fact huge growing minerals deposits!

Near Moeraki is a small township of Warrington which promised us a free camp ground for the night. At least that's what the HEMA map noted. On arrival we noticed a 'No Camping' sign, and clarification with the council by telephone indeed indicated that this was the case! Never mind, we continued our drive south towards Dunedin (pronounced Doo-nee-dun � the New Zealand accent is hilarious) and found an alternative camping spot.

The scenery so far has been totally breathtaking and we are both really enjoying the beautiful scenery. The photographs don't really do the place justice! We are both looking forward to the west coast, which is supposed to be even more spectacular. We'll be slowing down a lot more once we reach the west coast.

Good news is that our Australian mobile has now been activated and will now work in New Zealand.