There Be Wine In Them There Hills 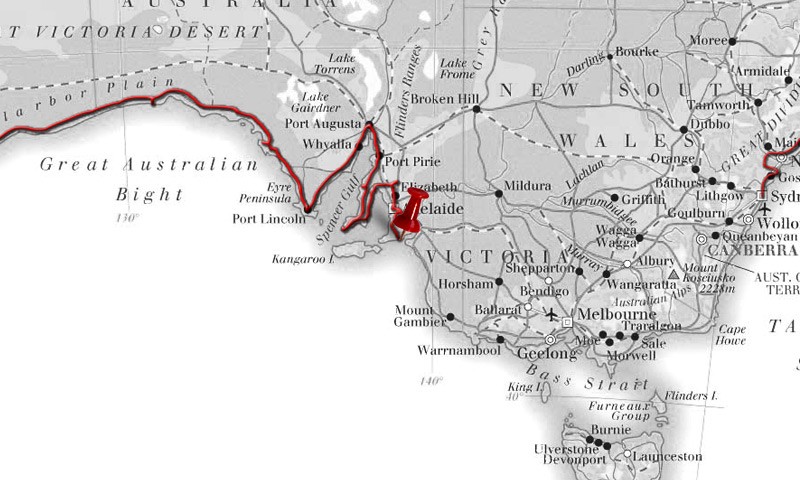 We did a final drive through the city of Adelaide this morning and then headed out to the Adelaide Hills. It's amazing that within minutes of driving through Adelaide's CBD we are amongst the beautiful hills of the countryside. The Adelaide Hills have some stunning scenery, a really beautiful area of Australia.

We drove up to Mount Lofty, which offers a fantastic view over the whole city and outskirts of Adelaide. We took in the view then stopped for a quick drink, before driving back through the hills, admiring the farmland and wineries along the way.

Our next stop was at a small village in the Adelaide Hills called Hahndorf. This is the oldest surviving German settlement in Australia, and it certainly retains it's German influence. It was established by Lutherans escaping religious persecution in Prussia and Silesia in 1839, and they brought to the area their culture, faith and lots of German sausages! It's a really attractive village, with some great looking houses of German style and some interesting shops. We paid a visit to the confectionary shop, where they sold every sweet you've ever had in your life. We came away with some Black Jacks, Rhubarb and Custards, Flying Saucers and a Sherbet Dib Dab - but could have got a lot more! It was fantastic! There was also a puppet shop, candle makers and many gift shops and cafes selling plenty of German inspired food. I really liked Hahndorf, it had a lovely atmosphere and was really pretty.

After Hahndorf we drove through more pleasant countryside, passed yet more fields of grapevines and farmland through the McLaren Vale and on to Victor Harbour. We arrived here late in the afternoon, so will probably see more of this town tomorrow. It has been a really good day though, and I think this has been one of the nicest places we've visited so far.

Some good news too - my niece Lily will have her Naming Ceremony this coming April, and Mark & Lorraine have asked Stu and I to be her supportive parents (essentially like Godparents but for a non-religious ceremony). We're both really pleased to have been asked, and look forward to the big day in April.