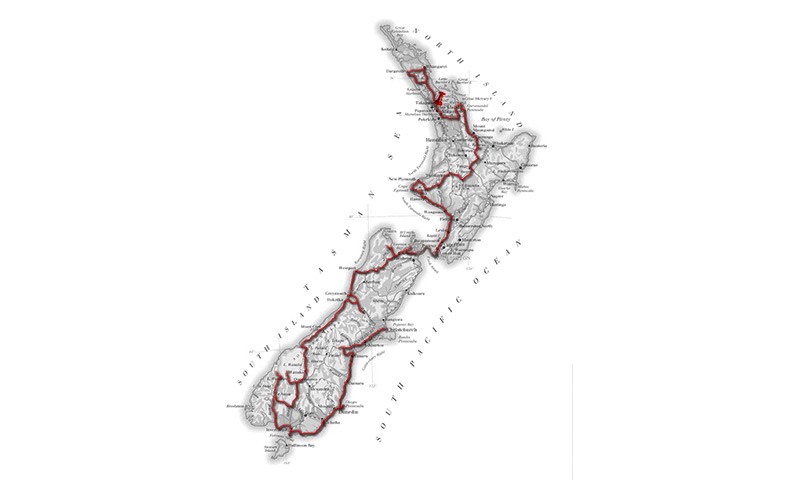 Today is the last day in the southern hemisphere :(

The first item on the agenda was to give the van a quick clean. As we'd only been living in it for a month(!) it would be a lot easier to clean than the van we rented in Australia (we paid for somebody else to clean that!). We figured we'd give it a shot ourselves and it took around an hour to pack and tidy inside and 15 minutes at the jet wash before it was looking acceptable. It wasn't exactly new when we got it, so we figured we'd do the bare minimum.

As we had some time left before our drop-off we decided to explore Mount Eden. A short drive takes you to the summit and lookouts over the city and surrounding suburbs. There was a large crater in the mount which is of sacred significance to the Maori.

Having enjoyed Parnell yesterday we decided to drive back there again for some food. We found a small Irish bar which served Beef & Guinness pie and took a long and relaxing lunch.

We then drive back to Mount Eden to meet up with Benn. We managed to find his place really easily as the local What's On guide had a map of the local area which stretched just far enough. He looked really well and obviously enjoying himself in Auckland. He persuaded us (with little effort) to wander down to the local for a quick beer before dinner. It was a nice little place and we sat outside soaking up the summer sun on the patio.

We were shortly greeted by Liz, his fiance, and we all sat down to enjoy the tasty chicken risotto which Benn had prepared. We relaxed afterwards watching Flight of The Conchords snippets on YouTube and exchanging humourous stories from our travels.

Time passed very quickly and before too long we said our goodbyes and made our way to the bus stop to catch a ride to the airport. It was sad to say goodbye to familiar faces again.