Sound As A Pound 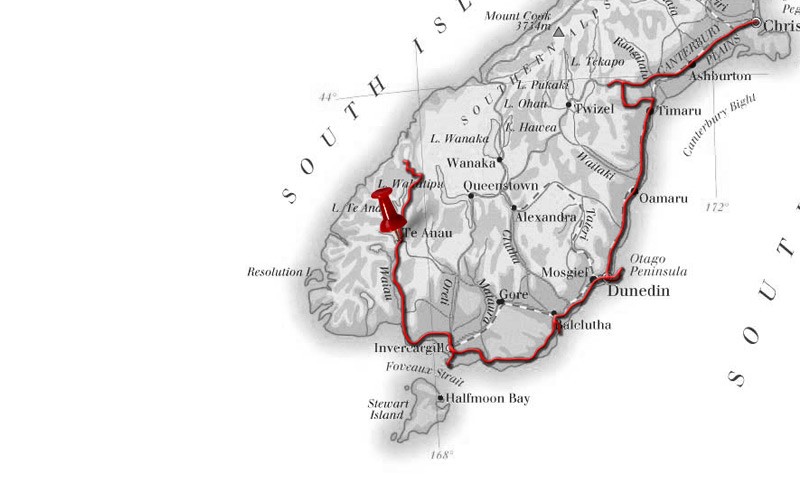 We took a drive down to Milford Wharf first thing this morning for our cruise around Milford Sound. The cruise took roughly 2.5 hours taking us through the fiord to the point where it meets the Tasman Sea. Although our vessel was a fair size it didn't have too many people on board so there was plenty of space to stand, sit and take pictures whenever you wanted. When we first set sail we had a taste of just how windy it would be for the journey out towards the Tasman Sea, as the air gets funnelled through the mountains of the fiord. The captain gave a commentary when we came to particular points of interest. One of the main points to note is that although the name given for this place is Milford Sound, it isn't actually a sound but a fiord. A sound is where the valley through mountains is eroded by a river, but Milford Sound was created by a glacier - hence it technically being a fiord.

We got a great view of Mitre Peak - so called because of it's resemblance to a bishops hat. Our captain advised us that a few years ago a local fisherman got married at the summit and even had fifty or so guests taken up by helicopter for the service. An interesting idea, although not sure I'd fancy it myself. I imagine it gets pretty cold at 1,692m.

As expected the sights along the cruise were amazing. There were a few waterfalls cascading down the immense sides. Apparently when it has been raining a lot there are waterfalls running most of the way along some of the mountain sides. But the last few days have been dry so not as much flowed today. Whilst I can imagine that when wet the Milford Sound must be a great sight, we were glad it was dry today as it makes taking pictures a lot easier.

As we got further through the fiord and we began to spot the open sea ahead, what started as a perfectly calm journey became a little choppier. Nothing too serious, but I felt a little happier sitting down at this point. It didn't last long though as we turned around and headed back into the fiord back towards the wharf. After this the wind and waves calmed completely. The captain took close to the other side of the fiord and really close to one of the main waterfalls - so close that we could feel the spray. A little further along we spotted some fur seals sunning themselves on some rocks - Stu got some good shots with the telephoto lens.

It was a pleasant and sedate journey back to the wharf, and we both felt the cruise was worth it. It was a great way to see Milford Sound. We had considered another helicopter ride here, but didn't feel it was necessary after the cruise.

After being quite overwhelmed with Milford Sound, we started our drive back to Te Anau, as this is as far into the fiordland as you can go by road. It was a pleasant drive back, and a lot shorter than the journey up here as we had stopped at most of the lookouts on the way yesterday. We made a couple of brief stops at ones we had missed though - Lake Fergus and Mirror Lakes. The Mirror Lakes were very pretty and the water was perfectly clear. We could see some brown trout coming up every so often to feed on surface flies.

We arrived back in Te Anau late afternoon but decided it would be good to stay here the night before venturing north towards Queenstown. We were feeling a bit tired from all the sightseeing of the last few days and decided to treat ourselves to fish and chips (pronounced fush and chups) then apple pie at a hotel in town - delicious!