First of all, before I go any further, I have to say that flying to Australia is not for the faint hearted. Our initial night flight from London Heathrow to Singapore was 12.5 hours in total, followed by a 1 hour wait and 7.5hr connecting flight from Singapore to Sydney. Total time in aircraft - 21 hours. Ouch.

Despite travelling the first leg in a noisy Boeing 747 we managed to get some valuable sleep. We can't comment on the brilliance of Singapore airport, the most we saw were gates A2 and A10 at Terminal 3. It would have been nicer to spend more time there as apparently it's one of the most beautiful airports in the world.

The second leg of the trip was aboard the Airbus A380. It’s very impressive. Very large, with great in flight entertainment and a lot quieter than the 747. It would have been preferable to be aboard this aircraft on the night flight, but they don't start flying from London to Singapore until 18th March 2008. I walked past business class and sneaked a glance into the 1st class suites... now all we need to do is play and win the lottery to be able to afford to fly in them!

We arrived in Sydney at 7am local time, proceeded to wait 30 minutes for our baggage, then a further 40 minutes for our working holiday visa stamps to be issued. It was, to say the least, a little chaotic. Customs was no problem, despite taking $5000AUD+ of computer equipment with me! They were more interested in making sure that I wasn't importing it for profit. We rushed to Gate A to meet the transfer bus and were then driven through peak hour traffic to the Manly-Warringah Travelodge. As far as Travelodge’s go, this isn't bad at all. It’s cheap and close to the suburb of Manly, which is where we want to live.

We managed to get an early check-in and a shower and freshen up later we left for Manly. Two $3AUD singles on the number 155 bus and we arrive at Manly Corso.  This has got to be a surfers and holiday maker’s paradise! The prospect of living here for 3 months fills us both with excitement: 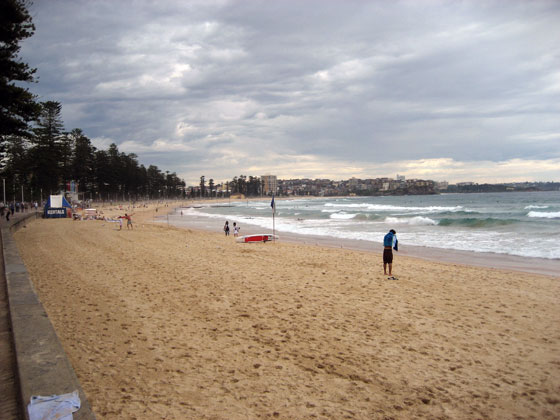 There are lots of little boutique shops, small bars and restaurants and the odd bottle shop. It's a cross between Park Street in Bristol and St Ives Bay in Cornwall, but with much better surf! The weather was a little cloudy, but it was warm and slightly humid.

Australia is also suffering the repercussions of climate change. Sydney experienced a month’s rainfall in 30 minutes last week and it's caused quite a few problems. This summer has been the wettest on record, just in time for our arrival - d'oh!

We bought a couple of burgers at The Manly Grill ($16AUD each) and had a little stroll around the area to get a feeling of where things are and what facilities it has to offer. The area seems a little light on supermarkets and places to buy unprepared food, which is a minor annoyance when we are considering living here for longer than your average 2 week holiday. I guess we'll have to venture out of the tourist areas to find such amenities - will we need a car? As yet I don't know.

The walk around Manly was also to get an idea of good places to live. There is an amazing designer penthouse apartment on Darley Road for rent which has taken my fancy: 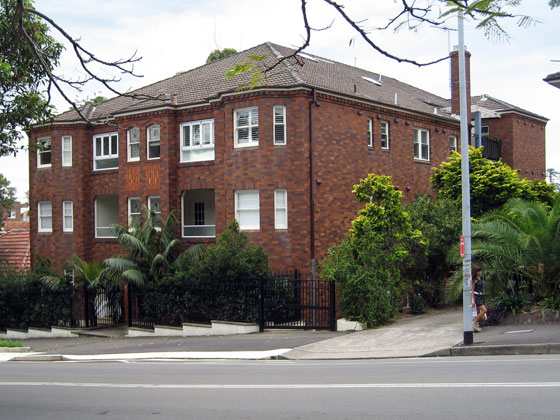 That's pretty much it for the first day. The jet lag has started to catch up pretty quickly so we are both going to get an early night.

Apologies for the lack of photos, but Sarah and I are really tired and not looking at all photogenic. Hopefully tomorrow will be a little more productive!