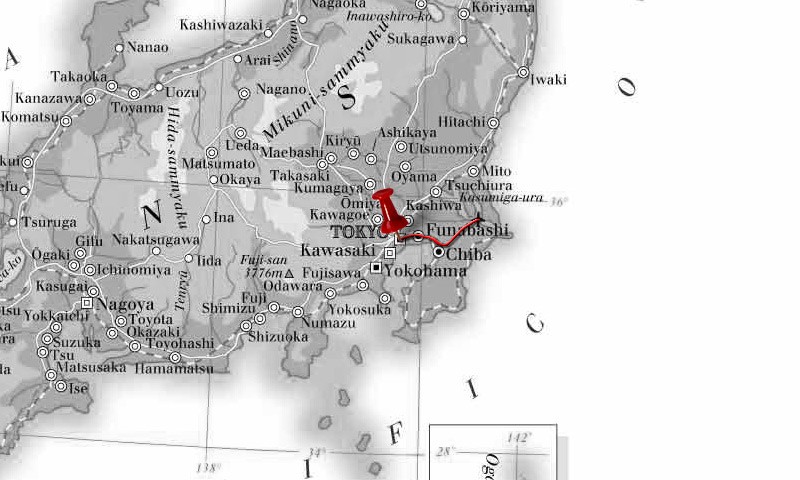 We have decided to book an extra couple of nights at our hotel in Shinjuku. When we first made the booking we weren't sure if we would want to move to a different area of Tokyo. Now we've been here a couple of days, we've realised that it doesn't take long to commute to other areas of the city, so we're happy to stay here a while longer.

We decided to head into Akihabara today - also known as 'Electric Town' and often described as the 'ground zero for geeks' - so you can probably guess who suggested this destination! Our hotel provides a free shuttle bus to Shinjuku station; from here we got the train to Akihabara, about a 25 minute journey.

In Akihabara we took a wander around the many shops, predominantly catering for electronic and Manga/Anime. We took a walk around a few of these and Stu bought a few bits for his camera in the massive Yobodashi Camera store. Despite the name, it isn't exclusively camera gear but also houses many other electronic equipment, toys, games and hi-tech gear all over 7 floors.

Despite the fairly mild temperatures it is very humid. That, and the Japanese love of cranking the heating right up, I found myself repeatedly putting on and taking off my jacket today as we wandered in and out the shops.

During our wander through the streets we were approached by a girl dressed as a maid asking us if we would like to try out their 'Cafe and Animation Studio'. I was happy to walk on by, as you do get a few people in the streets handing out flyers, but for some reason Stu agreed (maybe it was the maid outfit?). Moments later we found ourselves being taken inside a building, up in a lift and into a weird little cafe. Once inside we were taken to a table and provided with a menu to order from. All the girls who work here are dressed as maids - which actually makes it sounds dodgier than it is, although it was quite weird. Stu asked what the 'animation studio' was and with their small grasp of English we were still left none the wiser. Although there were some cartoon pictures on the wall and an Ikea desk with a computer on it in the corner, so perhaps that was it? They also had pictures of the Backstreet Boys on the wall from when they visited the cafe last year, so that obviously impressed us. Good enough for the Backstreet Boys, good enough for us.

When the maid brought over our drinks she told us that she would do some 'magic' to make our drinks more delicious - hmmm... interesting! She did a small rhyme, during which she asked us to repeat along with her (I have no idea what we were saying but we had to make the shape of a heart with our fingers while we did it). She then told us that this would make our drinks more delicious, and enjoy! Very bizarre and we did feel quite stupid, but we watched as she did this for every other table who ordered something, so didn't feel quite as bad!

(Note from Stu: 2 paragraphs for the cafe? Sounds like a good value idea to me!)

We resumed our walk around the shops, eventually grabbing a quick sandwich in a local cafe - no maids to be seen here! Then decided to get back on the train and take a trip to Central Tokyo station. Here we took a walk amongst the big skyscrapers and headed over to the Imperial Palace Gardens. Unfortunately, we were told these are actually closed on Mondays and Fridays! D'oh! However, we could walk around the outside walls, so still managed a few nice pictures. We saw huge Koi in the moat and a Stork feeding. The weather changed for the better - from overcast and damp to sunny and warm.

After a nice walk around the moat of the Imperial Palace we decided to make our way back to the train station and take a train to Shibuya. The main four-way intersection pedestrian crossing is probably the most fascinating thing to see here. As the lights turn red for traffic coming from each direction, a swarm of people cross over the intersection and virtually fight their way across. I don't think I've ever seen so many people crossing a road before, it was crazy. Other things to note here are the huge video screen on the side of buildings and more colourful neon signs.

We took a stroll around this area until it got dark and decided this was probably a good time to head back to the hotel. We took the train back to Shinjuku, and grabbed some food for dinner from the mart. Our journey back must have coincided with rush hour of everyone making their way home from work, as it was jam packed throughout the trains and stations. Some poor woman had passed out and spilled the contents of her stomach onto the train floor behind us to much fanfare; she was eventually helped off the train by fellow passengers.

I think we have both finally shaken off the worst of the jet lag. After returning to the hotel and having a bite to eat, we both feel a lot better than we did yesterday - despite aching feet and shoulders from all the walking today and carrying around our bags. We should sleep well tonight!