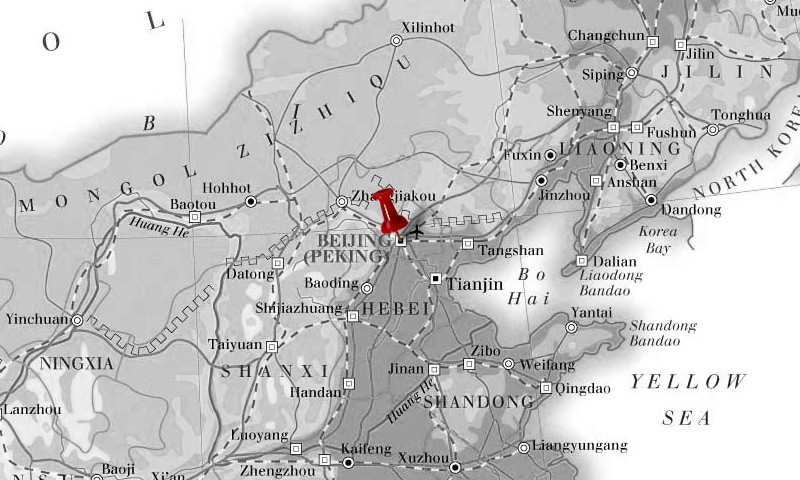 Today we had a bit of a lie in as there was no tour planned for today. Check out wasn't until noon, so we were up and out of the room around 10:30am, leaving our baggage in reception for the day.

First we grabbed some breakfast from the bakery around the corner, then headed to our local subway station.

It was just a few stops on the subway to the Temple of Heaven. This is a magnificent building and is where the Emperors used to come to worship heaven, offer sacrifices and pray for a bumper harvest. It is In the middle of some huge grounds, and there are some other halls and buildings to see too. Definitely worth the visit.

After we had walked around the temple and grounds, we headed back to the subway and took a much longer trip, heading to Beijing Zoo. The main interest for us here was to see the Giant Pandas of course. But it was a fair distance from the Temple of Heaven. We had to take three different subway lines and each subway train is totally crammed with people. It is a fight to both get on and get off the train each time, and people will just barge you out of the way.

Once we arrived at the station for Beijing Zoo we wanted to get some food first as it was coming up for nearly 3pm! We decided to just get the nearest thing we could find, which turned out to be pizza. Not the greatest pizza in the world but it was fairly cheap and got rid of the hunger.

We entered the zoo and headed straight for the Giant Panda enclosures. We managed to see a few Pandas, some outside and some were in the enclosure inside. They seem to have plenty of room to move around in which is something I was concerned about before arriving here. We watched as one sat in a tree and fed on the leaves, and then climbed down and wandered around for a bit. I think we're both very pleased we've come to see the Pandas.

The rest of the zoo was not so great. We walked over to the lion and tiger area, and whilst they do have some room outside, once they are put inside for the night they have a really tiny enclosure and just pace up and down.

However, the most depressing part of the zoo has to be the bear enclosures. Not the Panda, as these seem to be quite well looked after. They had an Asiatic Black Bear and a Brown Bear in separate enclosures, but their enclosure was simply a concreted area with nothing to occupy them, no trees, plants or anything. Despite the signs saying 'Do Not Feed The Bears' there were a group of people beside us who seemed to take great pleasure in taunting the bear and then feeding it bread. I think it was at this point that we'd decided we'd seen enough. A friend of Stu's had told him that they had made Beijing Zoo a lot better for the Olympics - but I think it was looking quite old and tired in places and I really didn't feel comfortable about those bears. I dread to think what it was like before the Olympics!

We headed back to the hotel as light was starting to fade and we were both feeling quite tired. We also knew it would take a while to get back on the subway as well.

Once back at the hotel, we took a bit of a break in the hotel lobby and had a drink. After a while we headed out for some food, just in time to meet everyone back at the hotel again for 8:20pm so we could all leave together and head to the train station for our overnight train to Shanghai.

We got the subway to Beijing Train Station. The station itself is crazy - so busy! When we'd checked in for our train we couldn't wait in the big waiting room as it was overflowing, so we sat on the floor in the main lobby. Someone suggested a game of cards to pass the thirty minutes or so until our train. The Chinese people walking past seemed very intrigued with the card game we were playing and many stopped to watch.

Once it was time to board our train we went to our platform and got on. Ricky advised us that when he had booked the tickets it was not possible to put us all together. Basically each sleeper has six beds - essentially three pairs of bunks facing each other. (There are several sleepers in each carriage, and also seats at the end of the sleepers to sit by a small table.) But the tickets he had got meant that each pair of us had a bottom pair of bunks but we were all in separate sleepers, which was a shame. However, he said sometimes people are willing to swap if they want to be with their family or friends. Luckily for us a couple swapped with us so we could have the middle bunks above Louise and Greg. Then another couple swapped with Jo and Nick, so they were in our top bunks. There wasn't room for anyone to swap with Tegan and Tyson, but they weren't too bothered being in the sleeper next door to us.

The sleepers themselves aren't too bad. It's a little tight to get all your belongings in, but once you're in it's ok. You are able to sit up on the bottom bunks so we sat there for a while, playing some cards and other games. Lights went out about 11pm and I think we all went to bed an hour or so later. Once in the middle or top bunks though you don't gave quite enough space to sit up.

The beds themselves are fairly hard, but we both managed to get a fairly good nights sleep. I just woke up a couple of times. The only thing you have to make sure of is that you have your valuable on you, as there is no door to the sleeper. But it seemed ok - as long as you don't need the toilet too often. The toilets here are squat toilets - no seats!