The Long And Winding Train 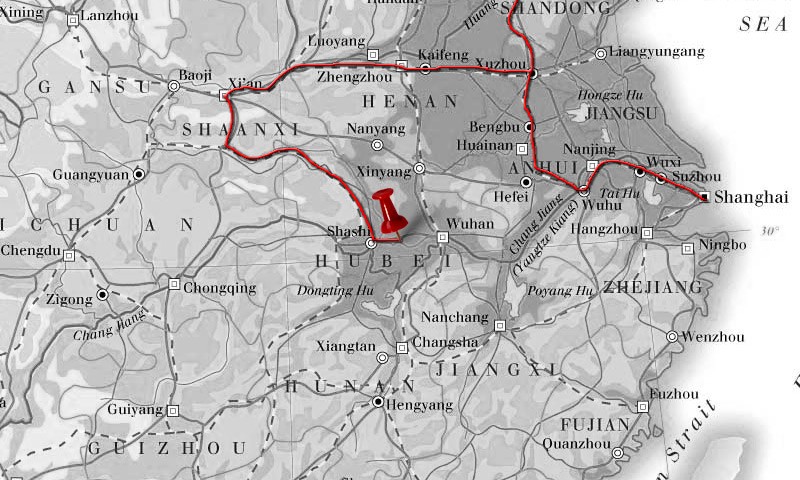 It was an early start this morning. We had to leave the hotel by 7:30am in order to avoid most of the peak time traffic and get to the train station in the minibus. Today we were getting the train to Yichang which would involve getting a day long train at 8:50am and not arriving until midnight! It is going to be a long day.

We had to make sure we brought all the food we need with us, so something for breakfast, lunch and dinner. It has actually given me a good opportunity to catch up with some blog writing, as I have fallen behind a little the last few days.

Our train left at 8:50am bound for Yichang - which is from where we will travel to start our boat trip of the Three Gorges. To start with we managed to pass the time fairly well. We played lots of games on the iPad and had a good laugh with the others in the group. Tegan wasn't feeling too well as she has just come down with a cold, so she spent a lot of the first part of the journey sleeping. Stu had a bit of a sleep at the beginning too, and various other people had some snoozes along the way.

We had to bring all our food with us as the train would not be arriving in Yichang until around midnight, so we had plenty of snacks, drinks and noodles to keep us going. As a bit of a change from the pot noodles we had been buying for dinner for the train journeys, Jo and I bought a macaroni cheese meal that you only had to add water to. Despite quite looking forward to the change, it didn't taste great. I suppose any meal that you just add water to is probably not going to taste superb anyway.

Stu started chatting to a Chinese guy in the next sleeper to us who could speak quite good English. I didn't really follow all of their conversation but they covered a lot of different subjects. The Chinese guy even told Stu a few jokes.

Stu has hurt his foot somehow, possibly while he was sleeping. It's nothing serious, he said it just feels a bit bruised. I'm sure he just wants to take advantage of the fact that Jo is a nurse and he tries for a bit of sympathy!

I think some text messages are a bit delayed arriving on my phone, as I received a few more birthday messages today. It was nice to receive them though - always good to know people are thinking of you when you're miles away from home.

Whilst the train journey had been going pretty well and we'd all kept ourselves occupied, as we came into the last few hours of the journey we all began feeling very tired. I didn't think I would sleep on the train at all, but even I had a bit of a snooze around 11pm.

Our train was a little delayed arriving into Yichang, so we got to the station around 1am. Thankfully there were lots of taxis around to take us all to our hotel. This hotel is ok, it seems to be like a Chinese version of a Travelodge. The bed was pretty comfy though and there was free Internet in the room, so we were quite pleased. However it was late getting to bed tonight. We probably got into bed around 1:30am. Lucky we don't have to check out until midday tomorrow!