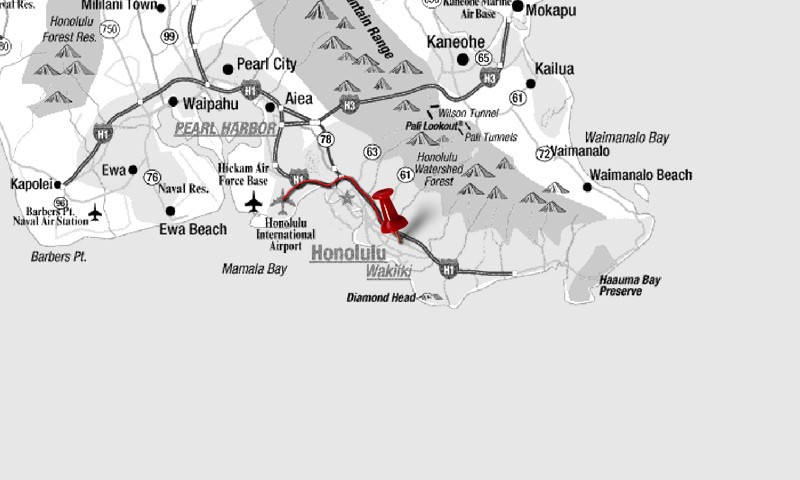 Welcome to the first blog entry for the next stage of our travels, and we should be back to updating it regularly again...

Firstly we want to say another HUGE thank you to Alex and Laura for letting us stay at their place in Glebe. They did us a massive favour, and we hope to be able to repay it someday. We would also like to say a HUGE thank you to Jo and Paul too, as they also were extremely generous and hospitable during our time in Sydney. It's so good to have great friends like you guys!

We said to goodbye to Alex and Laura this morning as they headed out to work, and packed up all of our stuff ready to leave. Well, in truth I had already packed most of my stuff the previous day, so in actual fact I just got stressed watching Stu pack all of his stuff at the last minute!

We had ordered a taxi to pick us up, which didn't turn up, but thankfully we flagged one down outside the flat and got to the airport in plenty of time.

At the airport we managed to use up the remainder of our Australian dollars. We bought a magazine and a couple of inflatable travel pillows - as we had left our other travel pillows on the Three Gorges tour boat in China.

Our plane was around an hour late taking off due to waiting for one passenger to get on board. A little irritating as it is bad enough having to spend so long on the plane already, without adding another hour to it!

Our flight was actually provided by Jetstar, through Qantas, which meant a smaller plane and less complimentary food, drink and entertainment. Luckily, our meals had been prepaid as part of our round-the-world ticket booking so we managed to get a dinner and breakfast out of it, though we were only allowed soft drinks to go with them as alcohol had to be paid for. They also only had a limited number of video on-demand boxes too, which I assume people must have pre-booked somehow as we didn't get offered one. I wasn't too bothered though. They showed a few programmes on the main screen we could watch. However, the in-flight movie was Eat Pray Love so I gave that a miss, not my cup of tea at all. Surprisingly, Stu watched it - although he said it was the cliched rubbish he thought it was going to be.

Upon opening the 'blanket pack' on the plane, we discovered that it contained a complimentary inflatable travel pillow each! Not at all annoying that we had just spent $24 buying a couple before boarding the plane!

Our flight took around nine and three-quarter hours. As per usual I managed to get no sleep at all on the plane as I couldn't get comfortable. The only good thing was that by the time we arrived in Honolulu (on the island of Oahu) we actually arrived twelve hours before we left Sydney! It works out this way because of crossing the international date line. Hawaii is 21 hours behind Sydney time, therefore we gained almost an entire day by the time we arrived in Honolulu - arriving at 7:45am.

Honolulu airport is a bit crap. Once we got off the plane we were in a massive queue to go through immigration. The immigration officer was asking us lots of questions about our travel, but it all went fine and she seemed happy with everything. She did seem to think that the idea of us driving across the US was dangerous though, and said we had been watching too much TV(?!) I'm not entirely sure what she was getting at, but assume she just wanted to just keep us talking so we would pass the 'test' and be let in!

Then we were passed through to baggage claim. This was fine, as we had spent so long waiting to go through immigration our bags were already there waiting for us.

Next we were sent through an exit, but we had to find where our car rental place was. Could we see a sign for it anywhere? We had to ask a couple of people before someone finally pointed us across the road to a point where a free shuttle bus would pick us up and take us to the rental place. There was a small sign on the wall when we got there, but it seems they don't want to make it easy for you.

From here on, things were pretty straight forward though. We got our car with no problems. The lady who showed us to our car was really helpful and gave us some maps of Oahu. She also advised us that the west side of the island was a bit dodgy and not to spend too much time there - great advice, as it didn't say anything like that in our guide book!

The car is an automatic, which actually I prefer because it makes it easier for me to get used to driving on the other side of the car, and the other side of the road. It is classed as an economy sized car, so I think we were expecting something really small. However, it still has four doors and seems pretty big to me.

The drive from the car rental place to our condo was fairly straight forward and only took around twenty minutes. The security guard at the complex was expecting us and let us into the parking lot and then up to our condo.

I have to say I am quite impressed with the condo too. It has a lovely balcony which looks out over Waikiki and Diamond Head Crater, and you can see the ocean. The main room itself is nice and clean, with a massive fridge/freezer and cooker, and the biggest microwave I have ever seen. There is also a washing machine and tumble drier which is really handy, and a nice clean bathroom. The place also comes with free wifi Internet, which is also extremely handy.

We had to meet up with the condo owner at some stage to give him the money for renting the place. After a quick call to him, he advised he would be over in an hour. This gave Stu just enough time to nip out to get some groceries and some US dollars, while I did some unpacking.

Budi, the owner, seemed very nice. We handed over the cash and that was that.

It was now nearly midday and we were both feeling really tired, due to the lack of sleep on the plane. I decided to get a couple of hours sleep, while Stu did a bit of work.

Stu rustled up some scrabbled eggs on toast when I woke up, and then he decided to take a nap too. I took this as a good opportunity to sit on the balcony and flick through some brochures on Hawaii we had picked up, just to try and plan what we would do with ourselves on Oahu over the next few days.

Once Stu had woken up we decided to head out of the condo for a walk towards Waikiki Beach. It was a lovely stroll, and as we walked we were treated to watching the sun going down too.

After a stroll up and down the beach, we took a walk to find a place for some dinner. We found a grill restaurant called Chilis, which seemed nice enough, and stopped there. This was the first time we felt aware of being in the US. Stu ordered a chicken salad, and whilst this might sound fairly healthy, it was a plate full of grated cheese, fried bacon bits, chicken, mashed egg, ranch dressing - oh, and a bit of lettuce and tomato too! Still we certainly got our money's worth. We had two beers, two large cokes two large meals for US$28 - not bad at all, especially after the prices we were paying in Sydney.

After our meal we took a stroll back to our condo, and Stu decided to take some night shots from the balcony while I made a start with the blog. We also made some plans about what we would do with our time on Oahu.