We Escaped From Alcatraz 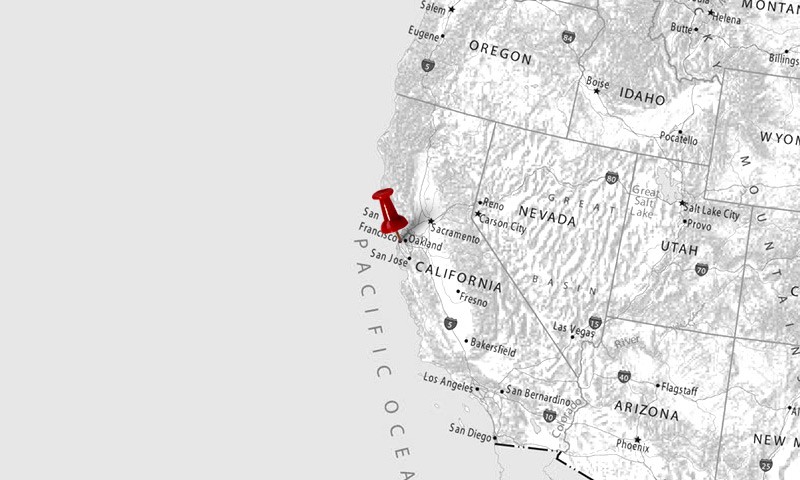 Once again, this is the first blog entry for a few days as we haven't done much site seeing since our last entry. What we have been doing is trying to organise our road trip, which has been a bit stressful and taken quite a bit of time. Stu has also had some work to do, so we have both spent quite a lot of time inside and on the computer.

Initially we had planned on buying a motorhome for our entire trip in the US and Canada. This is because we figured it would save us money in the long run compared with renting a vehicle, as we could buy one second hand then sell it at the end of our trip. We based this upon the fact that we would be able to re-enter the US after our Canada trip, in order to sell it here. However, it seems that this plan is no longer possible.

When looking into the details of our visa it seems that we can only spend 90 days in the US (which we knew), but we thought we would be able to extend this and then re-enter after Canada. It appears that on the visa waiver program we are unable to do this. To re-enter the US we would have to leave North America, then re-enter the US again from overseas. As we are going into Canada, we cannot re-enter the US from here on our visa after the 90 days and so we would not be able to then sell our motorhome in the US. If we wanted to sell the motorhome in Canada, this would mean importing the vehicle into Canada which would involve a lot more cost and hassle.

This basically means that our only real option is to rent a motorhome. It is a shame in some ways as we know we could save a lot of money by buying one. I suppose on the plus side, renting one means we don't have to go through the hassle of finding one to buy, checking it's ok, sorting insurance and registration and then having to sell it at the end. I guess there are good points and bad points about it.

So, with this decision made for us we now had to look into getting some quotes for a rental. What did surprise us was just how ridiculously expensive some of the quotes were.

Firstly, renting a motorhome to pick up in the US and drop off in Canada isn't possible. So, we started looking into two separate rentals - one in the US and a separate one in Canada. Nearly all the companies we got quotes from were really expensive, mainly due to the fact that they charge you for the miles you will do. As we would be driving across the US from west to east, the mileage would be very high and therefore push the cost up.

Eventually, we found a couple of companies which were significantly cheaper. Their motorhomes were slightly smaller than we had initially wanted, but were still ok. The only issue was that they did not allow drop offs on the east coast anywhere. So, we have now changed our road trip so that we will tour the west and east coasts of the US separately. We are now renting a motorhome to pick up and drop off in San Francisco - therefore just doing a road trip of the west coast first for just over a month. We will then organise something separate for the east coast - which may involve just renting a car (this is still to be finalised).

So, after some stressful days, which has seen us check out of the Broadway Inn and back to the Castle Inn again (as it's much nicer and quieter) we have finally managed to book a motorhome which we pick up tomorrow. We have the motorhome until the 5th April, at which point we will fly over to the east somewhere and continue our trip over there.

Feeling extremely relieved that we have a motorhome booked (at last) I had booked us a couple of tickets last night to see Alcatraz Island today.

We took a walk over to pier 33 at Fishermans Wharf around lunchtime to get our ferry over to Alcatraz. The booking website had advised us to get there half an hour before the departure time, which was 12:45pm. For some reason I forgot about this until we left the hotel at midday, and then realised it would probably take us half an hour to walk there and we would be a bit late.

After a very speedy walk we made it to the ticket pick-up point around 12:30pm, and luckily there was no problem with us not getting there earlier. We got our tickets fine and then were able to board the ferry.

The ferry is fairly big, and we just about managed to get some seats outside on the top deck. The journey only took around twenty minutes and was fairly calm.

Upon arrival onto Alcatraz Island we listened to a short briefing from one of the rangers, who told us that they show an introductory video in their theatre every half hour. There was one starting in five minutes so we made our way up to the theatre.

The video gave a brief history of the island - who had lived there, what it had been used for and how it has changed over the years. Alcatraz Island served as a lighthouse, as a fortress and military prison and as a maximum security federal penitentiary. Today, this island is a national parkland with historic gardens, bird colonies and beautiful bay views.

Alcatraz got its name from the archaic Spanish word which meant 'pelican'. From 1853 to 1858 the island was fortified, eventuating in Fortress Alcatraz. When the American Civil War broke out in 1861 the island mounted 85 cannons (increased to 105 cannons by 1866) in casemates around its perimeter. At this time it also served as the San Francisco Arsenal for storage of firearms to prevent them falling into the hands of Southern sympathizers. Though Alcatraz never fired its guns offensively, during the war it was used to imprison Confederate sympathizers and privateers on the west coast.

Due to its isolation from the outside by the cold, strong, hazardous currents of the waters of San Francisco Bay, Alcatraz was used to house Civil War prisoners as early as 1861.

In 1867 a brick jailhouse was built, and in 1868 Alcatraz was officially designated a long-term detention facility for military prisoners.

In 1909 construction began on the huge concrete main cell block, which remains to this day as the main feature of the island. It was completed in 1912.

The island became a Federal Bureau of Prisons federal prison in August 1934. During the 29 years it was in use, the jail held such notable criminals as Al Capone, Robert Franklin Stroud (the Birdman of Alcatraz), George "Machine Gun" Kelly, James "Whitey" Bulger, Bumpy Johnson, Rafael Cancel Miranda, member of the Puerto Rican Nationalist Party who attacked the United States Capitol building in 1954, Mickey Cohen, Arthur R. "Doc" Barker and Alvin Karpis (who served more time at Alcatraz than any other inmate). It also provided housing for the Bureau of Prison staff and their families.

Because it was far more expensive to operate than other prisons and due to half a century of salt water saturation which severely eroded the buildings, the penitentiary was closed on March 21, 1963 by decision of Attorney General Robert F. Kennedy. Another contributing factor for the closure was the pollution produced by the sewage deposited into San Francisco bay from the approximately 250 inmates and 60 Bureau of Prisons families on the island.

After we had watched the introductory video and felt clued up on all the history we walked straight up to the main attraction of the island - the main cellblock building. Upon entering here we were provided with our individual audio tour headphones and started our walk through the building.

Our tour took us through all the main areas of the cellblock, and it was pleasing to see that hardly anywhere was off limits in the building. The audio tour was great. It was provided by ex-prison officers as well as some ex-inmates too. We were taken around various cells, the isolation cells, the library, dining room, visitor rooms, wardens office etc. They even had the cells on display where the notorious escape attempt of 1962 had started - immortalised in the Clint Eastwood film 'Escape From Alcatraz' - and you could see where the inmates had scraped around the vent on the wall to make there escape.

It was a really informative tour. It described which turns to take around the building, and gave you plenty of time to make your way around. There were lots of people touring the cellblock at once, but you still got the chance to see everything and take pictures so it wasn't too much of an issue.

So e of the ex-inmates who spoke on the audio tour described the frustration of being in the prison on Alcatraz, particularly as they could see the lights of San Francisco just across the bay - so close, yet so far.

We had taken our own lunch along as there is nowhere on the island to buy any food. We enjoyed this just outside the old warden's office, where there were superb views over the bay and towards the city. Thankfully today was nice and sunny, as the wind is still really cold. Without the sun it would have been quite unpleasant to sit outside.

After touring the cellblock building we took a walk around the other parts of the island which were open. Here you got the chance to see what was left of the old houses where officer's families used to live, which have effectively been left to crumble away to ruin. There were also some pretty gardens which had once been built and tended to by prison inmates. We also saw evidence of some of the birds which make Alcatraz their home.

We made it back to the dock just in time to get the 3:40pm ferry back to Fisherman's Wharf. We then took a gradual walk back to the hotel, walking all the way across Fishermans Wharf, and then stopping for a coffee on Polk Street.

Back at the hotel, Stu had some more work which he had to get done. Meanwhile, I started to make a rough itinerary of where want to travel while we have the motorhome on the west coast. I plugged all the destinations into our sat nav so we can work out roughly how far we'll be travelling and what route we will take.

Since we have been in San Francisco we have eaten at a great little Vietnamese restaurant just up the road on Polk Street a couple of times now. We're both in agreement that it's the best Vietnamese food we have had since leaving Vietnam, and it's really good value too. We decided to order a delivery for dinner tonight too. It was delicious once again.

Tomorrow we head over to the San Leandro area of the city to pick up our motorhome, and so will begin our road trip. I think we will both be extremely happy to be out of hotels for a while and be able to properly start our travels once again.