The Roadtrip Has Begun 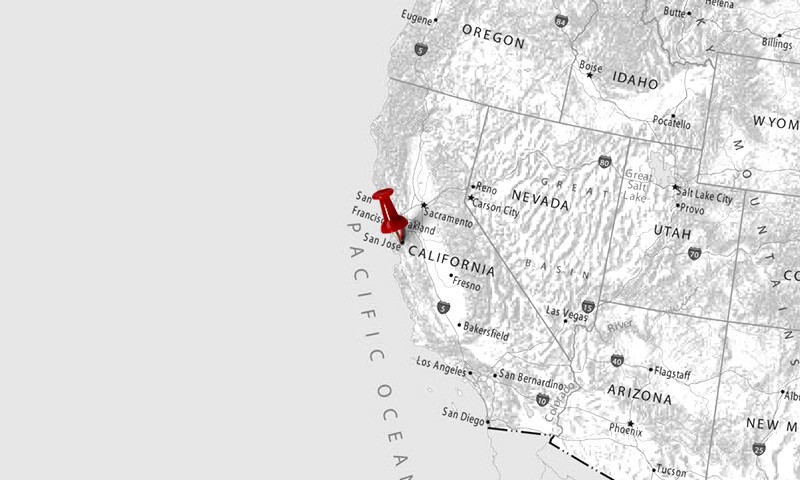 Today we were very excited as we would be picking up our motorhome. First we had to pack up all of our belongings and check out of the hotel. We got a call from reception just as we were about to leave the room at midday advising us that checkout was at 11am - whoops! She was perfectly fine about it though (it was a genuine mistake, we were convinced it was supposed to be midday).

After checking out we got some money from the ATM, as we were down to just a few cents, and then hailed a taxi.

We took a taxi to the BART (train) station, then from here we got a train to San Leandro where we would be collecting our motorhome. The tickets to San Leandro were only $4.10 each for a 25 minute journey - pretty good value I thought (UK take note!)

At San Leandro station we had the option of waiting 40 minutes for a bus, or getting a taxi to the motorhome place. We got a taxi as it was only a five minute drive away so cost less than $10. Plus, there was no way we would wait 40 minutes for a bus just to save a couple of dollars!

At the customer desk of the motorhome pickup place we were served by Oscar. We had to sign a few forms etc. We also needed to extend the number of miles we were pre-paying for. You can either buy the miles in advance, or you can pay when you get back. But when you return the motorhome the miles are twice the price of those that you pre-pay. Last night I had worked out how many miles we were likely to do on our trip, so we needed to buy a few more miles here. It turns out they were actually cheaper to buy here than they were when we made the reservation over the phone!

The other irritating thing was that we were told over the phone that our security deposit would be reduced to $200, as we had taken out the extra insurance. However, Oscar advised us that our security deposit would be $500 and that the travel agent should not have advised us that it was going to be $200. When we queried it, Oscar tried to explain to us that they have nothing to do with the travel agent who sold us the rental - even though they clearly do. It was totally absurd, and certainly something they wouldn't have got away with in the UK. We even phoned Donna (who had sold us the rental) and got her to talk to Oscar, but he still told us that we had to pay the $500. He told us he would send a stern email to his manager to complain about it for us. No worries Oscar, we would do better than that. We would be sending a 'stern' email to Donna, your manager and writing the travel company a bad review online!

After all the annoying stuff was over we finally got shown to our motorhome - funnily enough it turned out to be an Apollo motorhome (the same company we used in Australia). Oscar got his assistant, Mario, to show us around the vehicle in great detail to ensure we knew how to operate everything. We were pleased to see that the motorhome was fairly new. It was similar to our motorhome in Australia, only slightly smaller. It still has a toilet and shower, cooker etc. It also has a microwave which might come in handy, and climate control - a couple of features we didn't have before. The only major difference we noticed was there was less storage space, but it doesn't seem too much of an issue.

Once we were given the tour we were able to drive our new home away! We decided to drive around the block to the nearest supermarket first so we could stock up on some groceries for the next couple of days. While Stu was getting those I tried to find some campsites nearby.

We decided on going to one about 20 miles away. The day was getting on and the main thing we wanted to do was find somewhere to stay for the night so we could unpack all our belongings, sort out our space and then cook some dinner. When we arrived at the campsite, the boss was apparently out of the office watching the wrestling, so we were told. We were advised to just find a pitch for now and the boss would come round later.

We found our pitch, hooked up the water and electric and were ready to unpack.

Once everything was unpacked I cooked us up some spaghetti bolognaise. It must be a tradition now as that was the first meal I cooked us when we first got our motorhome in Australia. It felt so good to finally be able to cook our own food again. Eating out in restaurants is great, but after a while you just want to be able to buy your own groceries and cook your own meals.

After dinner the boss came round to sort out payment for our pitch and to give us access to the toilet block and the free wifi in the park.

We are so pleased to finally be in our new motorhome. The next part of our adventure has begun!