And Back We Go 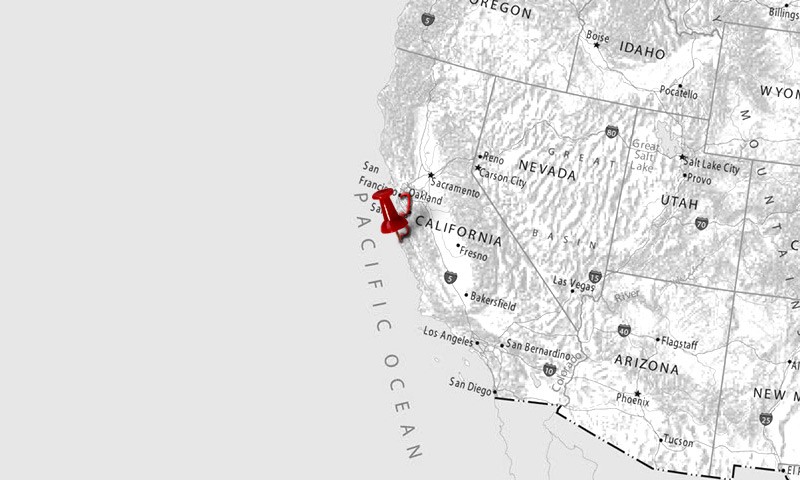 It got a little cold in the night last night. Nothing too bad, but we put the heating on in the early hours of the morning. We may decide to buy an extra blanket at some point if it continues to be a problem. The motorhome rental company provided us with a sheet and two blankets, which is ok but I think a duvet would have been more appropriate for winter time.

Due to us waking up in the night and my phone malfunctioning in the morning so my alarm didn't go off, we didn't get up until 10:50pm! I laid awake in bed in the morning wondering what the time was, but thinking "It's ok, it can't be any later than 8:30am as my alarm would have gone off".

Due to waking up late we didn't get much of a chance to plan where we would be heading today as we had to rush through breakfast and get showered and changed before we had to leave the campsite by noon.

One thing I did want to do before we left Santa Cruz was take a drive back towards the seafront boardwalk. This was where they filmed The Lost Boys, and I thought it might be nice to see the area today, as we only saw it in the distance yesterday while we were looking for our campsite. Of course, today is Saturday so the place was extremely busy and there was nowhere nearby to park up. However, I was satisfied to take a drive close by and see it. The whole seafront area in Santa Cruz is quite pretty, with some dramatic cliffs and wild waves. We spotted quite a few suffers out today too.

Satisfied I had seen all I needed to of the boardwalk area, we started our drive towards Monterey. Essentially this area is described as bit of a tourist trap in our guide book, although it seemed the next logical place to see on our drive south. After we had found somewhere to park and got out to walk we could see why it was noted as being tacky, although it's not that bad. Lots of shops selling tat that you don't need essentially makes up the wharf area. However, there was a nice view out into Monterey Bay here. Also, we decided to stop by the Monterey Bay Aquarium, which came highly recommended in our guide book as being 'California's finest and one of the best in the world'.

The aquarium was quite pricey - $29.95 each - but it's fair to say that it was a really good aquarium. It had some great floor to ceiling exhibits of fish and sharks, and we managed to time it right so we saw a guy diving in to feed the fish. I also liked seeing the Otters, who mainly spent their time relaxing on their backs at the surface of the water. There were some cool 'touch pools' where you could put your hand in and feel things like crabs, starfish, sponges etc. The starfish felt a lot rougher than I expected, I thought they would have a softer feel for some reason.

The highlight for us though were the jellyfish and seahorse exhibits, which included sea dragons. The sea dragons particularly are the most bizarre looking creatures, but fascinating. Their jellyfish section was quite extensive and they had huge tanks and lots of different types - far more than in Sydney Aquarium as I remember there just being one very small tank of box jellyfish.

It was a shame that today happened to be a Saturday as this meant it was very busy. However, a lot of the exhibits were big enough so you could get to see almost everything without too much trouble, and without too many kids getting in the way. We were in there for quite a while and just about managed to see it all when the announcement came that the aquarium was about to close.

We took a walk back to our parked motorhome and decided to take a drive to Carmel where Stu had found a campsite detailed in one of our booklets. It was around a twenty minute drive, but it was the nearest one we could find which was on our way south (and had wifi). For those who are interested, Carmel is the town that once had Clint Eastwood as it's mayor, and another famous resident is Doris Day, apparently. What we noticed about the place was it had a lot of churches...

After navigating a final winding road to get to the campsite we were a little shocked to discover that the price was $65 per night. This seemed ridiculously expensive - we stayed in the Castle Inn in San Francisco for less than that!

Out of principle we decided we weren't going to stay here, but this meant trying to find another campsite. It was now starting to get dark and we didn't really know where to go. Stu opted for driving back towards Monterey again and finding one just past it - meaning backtracking completely. It was a bit of a shame, but $65 for a campsite is crazy. We never came across one in the whole of Australia as expensive as that.

Stu found a campsite in our booklet. We arrived at around 6:30pm to find there was nobody at the reception office, but their sign advised to find a site and settle up in the morning. The price? $55 a night. It seems we had found another campsite which was still expensive. However, time was getting on and we didn't have much choice so we found a space and I got some dinner going. At least it was slightly cheaper than the other place. I think we have learned our lesson about campsites now though. We will research online before we pick one, as the booklet we have doesn't detail how much they cost. It's a shame we don't have a good book like we had in Australia which details loads of campsites, where there are, how much they cost etc.

I needed the toilet after dinner so headed up to the main building to use their facilities. I didn't realise they had a combination lock on them so had to walk all the way back to the motorhome, get the combination from the card Stu had picked up then go back to get in. Just as I was about to go inside I saw something moving in the tree beside me. At first I thought it was a person hiding, which scared me a little. Then I realised it was a racoon, looking straight at me. It was a sweet looking thing, I have never seen one before. I just wish I'd had a camera on me!

Tonight we tried the tv to see what channels we could get here. Out of the five we could tune in, four of the channels had programme preaching God and The Bible. No thanks! The other channel was a film but it was already half way through.

Instead of tv, we opted for a fairly early night as we were feeling really tired from the lack of sleep the previous night. We kept the heating on a low temperature through the night this time, just to keep the chill off the air. Tomorrow we shall probably begin our drive along the Big Sur.