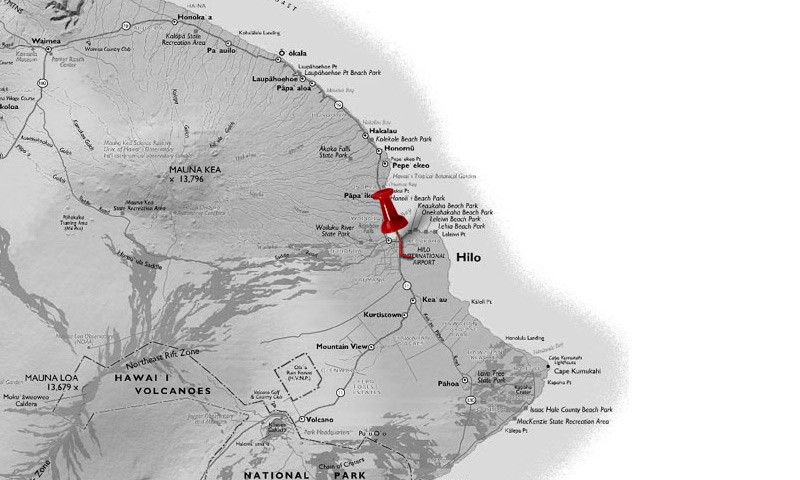 Another early start this morning. We were flying to Hawaii Island (The Big Island) today, so had to pack up our luggage and make our way to the airport. On the Honolulu airport website it recommended that we arrive at the airport two hours before our flight, so we had to leave around 10:30am, to allow time to return our rental car and get to the airport. Our flight time was at, a very precise, 1:26pm, and arriving on Hawaii Island at 2:18pm.

It is our nephew's 3rd birthday today (Phoenix) so we agreed to have a chat on Skype with Russ (Stu's brother) and the family. It was a shame we had to cut things a bit short though, but we had to leave to get our flight.

Normally I find packing and catching a flight quite a stressful experience, always worrying that I'll be late or there will be some problem. However, this had to be the least stressful plane journey ever. Stu and I both got up early and finished our packing way before we needed to leave. We had a chat on Skype with Russ and everyone, and then left the hotel about 10:45am. Getting to the car rental place was really simple and the traffic wasn't too bad at all. Then we got a free shuttle bus from the car rental place to the airport, and checked in with no worries and precisely two hours before our flight. Most importantly, no annoyingly long check-in queues which was great. We almost thought that we were going to get charged for having an overweight piece of luggage, but when the woman realised we were international passengers she let it go.

We made our way through security and then grabbed a quick bite to eat, before heading to our gate. We had some time to kill before our flight, but the free wifi in the airport made the time pass quickly.

Our inter-island plane was fairly small, but this meant boarding was quick and we were in the air before we knew it. Stu had a window seat which was nice, as we had a lovely view over Oahu as we took off. I had a local guy sitting next to me who seemed keen to tell us lots of stuff about Hawaii Island, which was great, but unfortunately I could only understand about 30% of everything he said. He seemed nice enough, but most of the time I just smiled and nodded. As Stu said, "Just nod and agree, as he looks like he COULD be violent". Thanks Stu!

The flight was very brief, only around 50 minutes. Retrieving our baggage was really simple and quick, and then we made our way over to the car rental desk. The guy who served us was very nice, but he did try the hard sell on us for their different insurance packages. We were quite happy with the basic insurance, but he kept on about how much we would have to pay if we had a crash blah blah blah. We continued to politely decline and he soon got the message.

I had booked the car rental as a combined package with the inter-island flight, and as part of the deal we got a free upgrade from an economy to a mid-range car. While we were in the process of getting our car at the rental desk, the guy advised us that the car we had booked was not available so we had been upgraded again. I don't think we could complain about that really.

We went out to the car park to find our car and were quite surprised when we saw it. It is a bright red, Dodge Charger. Quite fancy looking and pretty big - not a bad deal considering we booked an economy car. In the UK with Hertz whenever I book an economy car I always get a Vauxhall Corsa.

We plugged in the address of our hotel into the iPad sat nav and started to drive. It seemed our place was only about ten minutes drive from the airport, so nice and easy. I was liking the car too, the steering is so much nicer than the Hyundai Elantra we had on Oahu. It's smooth and has a lot more power - not that you can really utilise it though as the roads are still fairly slow.

Once we arrived at the Hilo Seaside Hotel we were greeted by some very friendly staff and checked in with no problems. Our room is fairly nice. Whilst this place was often described as 'budget accommodation' online, the room is really clean, the staff are really nice, there is ample free parking and the it was a bargain price, so what more could we ask for?

First things first, and Stu made sure that the wifi Internet was working in our room. Then we decided to take a little drive around Hilo. Our first stop was just down the road from our hotel at the Japanese garden in the Liliuokalani Gardens. This was a really pretty spot, and we decided to get out of the car and take a walk through. There were some attractive ponds and footbridges. A very peaceful place with a nice view out to sea.

We then got back in the car and drove around Hilo for half an hour or so. We just wanted to get a feel for the place and see what it was like. It's definitely no Honolulu, but I think that's a good thing. It seems a more quiet place, more laid back. It reminded us of some of the towns we visited while on the south island of New Zealand.

Once we got back to the hotel we decided to try and find a place to eat for dinner. Next door to the hotel is the Coconut Grill, but we shall be eating there for breakfast every day anyway, as it's included in our stay. Stu had a look on the web and found a great Thai restaurant that had some good reviews, and was only a five minute walk away.

We only realised once we had sat down that it was a BYO restaurant and they didn't sell their own alcohol, so Stu nipped out to a nearby supermarket to get some beers.

We both ordered a starter each - chicken satay skewers and a fresh papaya salad. Then we both ordered a curry and jasmine rice. We had the option of mild, medium or hot curries - we both opted for medium, even though the waiter did say they may be hotter than we are used to.

The food was really tasty, and I think we might return again!

Back at the hotel after dinner we had a discussion about our next few days on Hawaii Island. Tomorrow I think we will take a drive towards the Volcanic National Park.