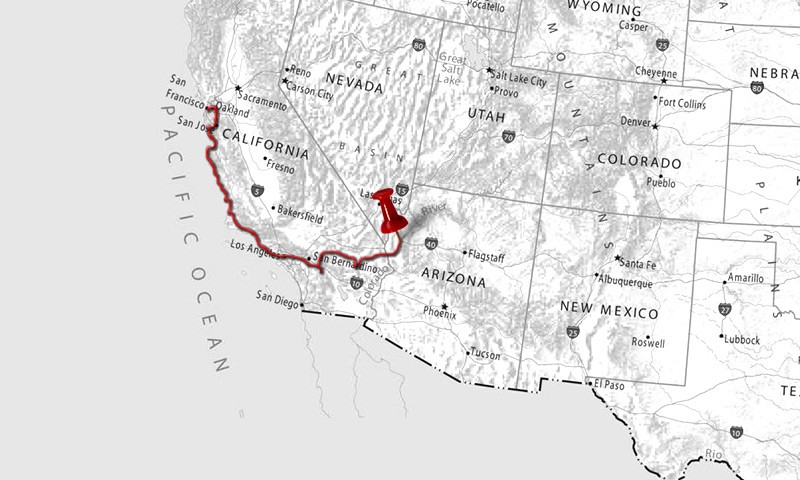 Stu set the alarm for 5am as he wanted to head out and get some pictures of the sunrise. When the alarm went off it was pitch black outside still, and I honestly didn't think he would get up. However, despite my lack of faith he did get up and headed out with his camera. Despite being woken so early, it was nice to get the bed to myself and go back to sleep for a couple more hours.

I woke up when Stu returned around 7:30am. He tried to show me some of the pictures he shot, but I wasn't really with it. I was sure I would appreciate them later.

When we did get up properly and have some breakfast, I did see some of Stu's sunrise pictures and they were very impressive. It was certainly well worth his effort.

There were no shower facilities at the campground in the National Park, but as it was such a warm morning we thought a shower would be nice and refreshing. We tried out the shower in the motorhome and have to say it was quite good. The water got nice and warm, and despite it being small it was a good shower - better than some in the campsites we have stayed in!

We left the campground after our showers and continued driving through the centre of the National Park. There were some more stop-offs and great photo opportunities.

Instead of driving down to the bottom of the park which we could have done, we took the route which leads to the top as this would be an easier route onto Arizona and less miles to travel.

We found a supermarket in the nearest town outside of the National Park and stocked up with lots of groceries. Then we took the long drive heading for Needles, just on the border between California and Arizona. We didn't expect there to be much to see in Needles, but it seemed a logical place to stay for the night and break up the driving before continuing on towards the Grand Canyon.

The drive to Needles was long. Thankfully the roads most of the way are in fairly good condition, although there were a few areas where you had to dodge the potholes. The views along the way were fantastic though. We drove along roads which you could see winding ahead of us for miles, and we were surrounded by massive mountains. It made a long journey through the desert a lot more interesting.

We made a brief stop for some lunch. We found a disused petrol garage which served as a perfect bit of shade to park under while we enjoyed some tasty tortillas. Then we continued on.

After eventually arriving in Needles and finding the rv park we had intended on staying at, it turned out they didn't have wifi - despite our iPad app saying something different. Whilst wifi isn't always a necessity, being without it last night means it's probably a good idea to have it tonight especially so Stu can check his emails etc.

We decided to continue our drive for another 50 miles to a place called Kingman, where there would be another rv park, supposedly also with wifi. It was still only mid afternoon so it wasn't a problem to carry on driving for a bit longer, and the continuing dramatic scenery made it still very pleasant. Coninuing east beyond Needles also meant we crossed the state border from California into Arizona.

We soon arrived at the rv park, and were pleased to find it cheap and also having free wifi - yay! It was also pleasing to find the toilet and shower block outstandingly clean - it's amazing how the price of a campground had no bearing on the cleanliness of it.

As usual, after parking up the motorhome and plugging ourselves into the electric, water etc. the first thing to do was check our emails.

I was a bit puzzled at first when I had a look on Facebook to find people asking if we were ok, as it seemed something had happened. After checking the BBC news online we finally realised that there had been a massive earthquake in Japan which had caused a deadly tsunami, which apparently was also heading for Hawaii and the west coast of mainland USA. Now I could understand the concern, and I was pleased to be able to inform everyone that we were fine and nowhere near the west coast any longer. I remembered when we were on Hawaii Island and we drove into some of the tsunami evacuation zones, so we know of the places that could be impacted by the tsunami. We hope it will be nothing too serious.

Stu cooked a lovely chicken stir fry for dinner, and we even had apple pie for dessert - what a feast!

We have also just realised that by crosing into Arizona we are in another time zone, so now we have lost another hour and are seven hours behind UK time.