Out Of Crazy Town 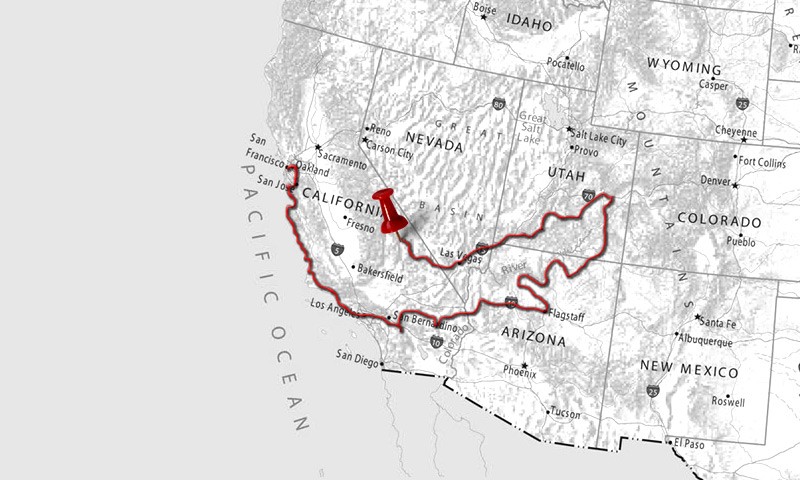 Yesterday we had a bit of a lazy day, mainly spent in the hotel. We headed out for breakfast in the morning to somewhere a bit cheaper. We found a great cafe that did a full English breakfast for $7.95.

We had another walk down the strip, and then headed back to the hotel where we spent the rest of the afternoon. Stu had another long bath and I watched some trashy TV. (I'm not sure if anyone has heard of a show in the US called Maury. It is truly terrible - think Jeremy Kyle but even more hideous).

For a meal this evening we decided to take a walk downstairs and wander past some of the restaurants in the hotel, to see if anything on the menus took our fancy. Whilst some of them sounded nice, they seemed quite expensive and we didn't really want to spend a lot of money for another average meal. We decided that we would be better off going somewhere we already know is fairly reliable. So we ventured out to The Hard Rock Cafe again. Ok, so it's not exactly 'A La Carte' food, but it's pretty cheap and you know you won't leave there hungry.

I opted for the 10 oz burger, which was actually really tasty. We then headed back the hotel room briefly, then Stu decided to have another go in the poker room in the casino again. He went out with $100 and hoped to not return empty handed again.

I stayed in the room, watched some more TV (I caught a couple of good documentaries about Led Zeppelin and Marilyn Manson which were quite interesting).

Stu returned around 11:30pm to inform me that he was still playing poker, but he wanted to pop up to tell me how things were going. It seemed that he was doing a lot better than the other night. He had won some money, but he wanted to stay on the table a little longer to try and make all his money back.

When he finally came to bed around 2am, he was in a good mood as he had not only come back with the $100 he left with tonight, but he had also made back the $100 he lost the other night too. A successful night!

Today we had to check out of the Bellagio Hotel. Whilst it had been lovely staying in a hotel again, and it is a nice hotel, I think we are both glad to be leaving Las Vegas today. It has been an interesting experience, and we are certainly glad we got to see Las Vegas. However, I can't think of any reason why we would ever return.

Before we left our hotel room Stu had looked up another camera shop online that he wanted to visit before leaving Las Vegas, so he could buy his replacement camera body. After being driven round to our parked motorhome by the hotel valet, we drove straight to the camera shop. Luckily they had the camera Stu needed, so he came away happy that he has finally replaced his broken camera body.

We grabbed a quick bite to eat, filled up with petrol and then we were able to leave Las Vegas for good. It felt nice to drive out of the city and embrace the clean, natural desert once again.

A little note about filling petrol here, we probably found the most irritating filling station yet. As I have mentioned previously, it appears that at some petrol stations it becomes quite irritating being a visitor to the country as they seem to make it more of an inconvenience to fill up with petrol and pay on your card. Most petrol stations give you the facility of paying at the pump with your card, but some don't seem to like taking foreign Visa credit cards, or others require you to enter a zip code - which of course we do not have. Today's annoyance was that you had to prepay your fuel, regardless. I'm sure this is fine when you know how much you want, but as usual we just want to fill the tank up and don't know how much this will cost. So first of all, I had to guess an amount. Secondly, when I had tried to first use my card at the pump this apparently made my card not work when I tried to use it with the cashier. Eventually, it all got working. I made a guess at $60, but the cashier told me that it if this wasn't enough I could go back in and get a new receipt for another guessed amount - utterly ridiculous. Thankfully, I guessed almost enough to fill the tank, so just decided to leave with this amount of petrol.

It was over a hundred miles to get us to Death Valley but we made it late in the afternoon, after making a brief stop at a town along the way to buy some groceries. We parked up at an information point once entering the National Park, to pay our entrance fee and pick up a map. Then we drove firstly to Dantes View. This was billed in our National Park booklet as being a spectacular view. We drove along a winding road which eventually took us up from an elevation of around 3,000 feet to around 5,500 feet. The view at the top was pretty cool. We could see right down to the valley floor of Badwater Basin (which we will visit tomorrow) which is a massive salt flat. We took a little wander from where we parked the motorhome at the top, to a little peak along a walking track for a slightly better view.

After spending time at this lookout we knew we didn't have a huge amount of daylight left, so we headed to Zabriskie Point which was supposed to be somewhere good to watch the sunset (and it was also on the way to the campsites).

The view at Zabrinskie Point was spectacular. Before the sun had started setting we had a great view over the ridges, which essentially is where seismic activity has folded up the valley floor. They look amazing themselves. However, when the sun was setting we got treated to some amazing colours in the sky - real beautiful reds and vibrant pinks. It was such a lovely sunset and we are so glad we made it here in time for it. Probably my favourite sunset (with the exception of Mauna Kea in Hawaii).

After the colours from the setting sun had finally disappeared we got back in the motorhome and drove just a few more miles to find the campsites. We had a choice of a couple, but they were both more or less the same. They were basic campsites with no hookups, just some toilets. But that was ok as we are pretty self sufficient in our van.

It was dark once we arrived at the campsite, but we easily found ourselves a site. Stu cooked us a lovely meal of Portobello mushroom burgers, salad and rice. Whilst our motorhome cannot match the luxury of the Bellagio Hotel, I am quite happy to be back in it and have the freedom of the road again. It's also nice to be out of the city again.