A Day Out In Vancouver 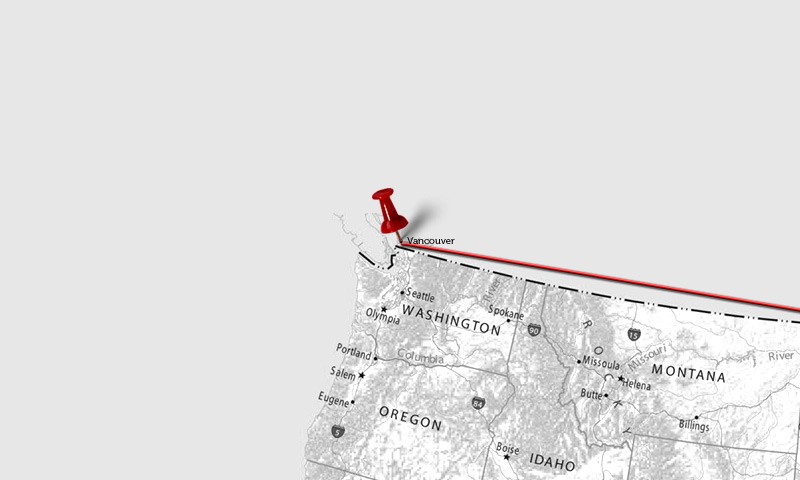 We haven't done a hell of a lot since our last blog post, hence there being a few days missing. During this time Stu has done some work for his business and we watched some films - all nice and relaxing and much needed. I think we were both tempted to spend our second week in Vancouver much like we had spent our first week i.e. doing very little. But I guess we need to see something of Vancouver before we go home.

We moved out of our apartment in Downtown Vancouver this morning (at a slightly unreasonably early checkout time of 10am). I walked up the road to collect our rental car for the week - and then got a bit lost making my way back to the apartment to pick up Stu and our belongings, as I got stuck on endless one-way roads. Finally I made it and we were on our way out of Downtown for our first real taste of Vancouver.

We drove to the hotel we would be staying at tonight first, so we could check in and drop off our luggage. Then we took a drive to Lynn Canyon Park.

Lynn Canyon Park is best known for its suspension bridge, which is 50 metres high and spans 48 metres across. Walking across gives you a nice view of the waters and waterfalls rushing below. The bridge was pretty cool, and we had been advised by a couple of people that it was worth coming here rather than the Capilano Suspension Bridge, as with the latter you have to pay and it is supposedly always quite busy with tourists. The Lynn Canyon Suspension Bridge was free and there were only a couple of other people on it when we were there.

We carried on walking over the bridge and on towards Twin Falls. This was an easy enough walk through the trees and along some muddy paths and steps. It brought us out to a wooden bridge which straddled across the falls. There was a serious amount of water down there!

We continued the walk until it brought us back out at the car park. Here there was a cafe so we decided to get some lunch. Stu was already impressed with the smooth jazz they had playing and the row of tea siphons on display (they almost look like they belong in a science lab rather than a cafe). We both opted for fish and chips and Stu ordered some tea made in the siphon - which he said was really nice. Our lunch was served fairly promptly and was really good value. It was a good amount of food, without being ridiculously huge (like in the States).

We got back in the car and took a drive to Stanly Park, a massive peak which borders downtown Vancouver (10% larger than Central Park in New York, apparently!) Here we could park up at various points and take a stroll. It was a lovely park, with some lovely views along the seawall. It was lovely escape from the city, without being far away from it. Favourite areas of the park were the lookout near Lions Gate Bridge and the Totem Poles. It was really nice.

It's obviously a popular recreational area as we saw countless people jogging, cycling and rollerblading along. I think if the weather had been nicer it would have been good to rent some bikes. Whilst we did get some sunshine we did have some rain, and it is still a bit chilly here. Maybe in the summer it would be more fun, so maybe next time we are here...

After some nice time in Stanley Park we were both feeling tired, and not wanting to overexert ourselves after our week 'off' we decided to drive back to the hotel and relax before needing to sort any dinner. Stu managed to get in a bath and a snooze back at the hotel while I surfed the web for a while.

This evening we headed out to a local Italian restaurant for dinner. It was only a ten minute walk away so no need to take the car. We went all out and had a lovely three course meal and bottle of wine - delicious!