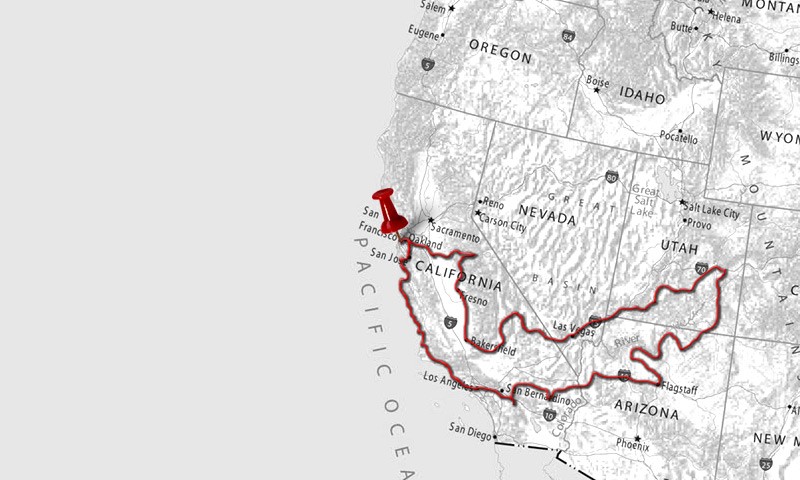 Well, today was the day we moved out of our home of the last six weeks. This involved us having to pack up our backpacks with all our stuff and cleaning the motorhome. It was quite an ordeal to have to pack up all our belongings, as we needed to get everything done before midday as we needed to check out of the RV park. We just about finished it all around that time, but stayed to have lunch before driving to return the motorhome to the rental company.

I was a bit concerned that they may notice the scuff on the side of the door and be a bit funny about it, but thankfully the only thing they did notice was that we had done a nice job cleaning it! We had gone over our prepaid mileage slightly, so had a little extra money to pay but not too much. Other than that we were good to go. The guy at the desk called us a cab to take us to our hotel. Once again, we had considered public transport but with all our luggage it sounded far too much hassle. Whilst we had packed up our stuff, some of it was overflowing into separate bags as we did it in a bit of a rush. Besides, we were told the taxi would only cost around $70 so it sounded fine to avoid the hassle and get there easily and quickly.

Around 25 minutes later we were checking into our Travelodge. We upgraded to a better room as Stu wanted one with a bath - it was only an extra $12 and it also has a fridge and microwave. The room was actually pretty nice for a Travelodge, quite spacious and really clean.

We spent this afternoon unpacking then repacking our backpacks a lot better than we had done this morning. It still amazes me that despite now replacing his broken camera and lens, Stu is still carrying around his broken camera and lens. He also doesn't want to pack them in his backpack as he doesn't want them getting further damaged in the aircraft hold (why?) so he is putting them in his already oversized hand luggage. I tried to talk him into putting them in his hold luggage, but to no avail. I also got nowhere trying to pursuade him to throw away his old camera strap - which he has never used and never will used - and various other items including: flat packed camera boxes, three(!) hats and a piece of foam! Don't ask, I still don't know what it's for.

While Stu had a bath I was just checking Facebook and saw Stacey (Stu's sister) online so we had a bit of catch up which was really nice. Which also reminded me how much I am in need of a decent haircut when I get back to the UK (I haven't had it cut since October when Stacey did it just before we left the UK!)

This evening we relaxed watching some terrible American tv and ordered a pizza to the room just to be ultra lazy. Tomorrow we fly to Chicago first thing in the morning to stay with Stu's mate Chaz for a few days.