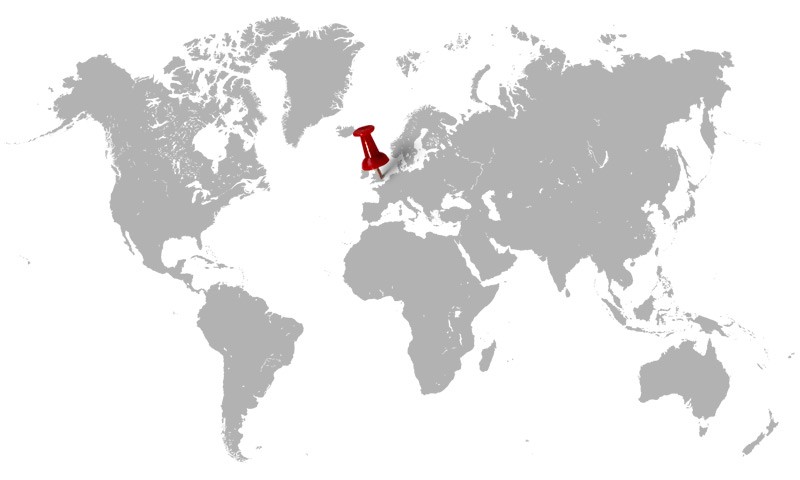 I am writing this, our final blog post, on the plane home back to the UK. Before I go into that I'll fill you in on the previous couple of days.

On Monday we awoke to a very dull and wet day. We drove to Hope, which took around two and a half hours, and it rained the whole way there. We had hoped that the drive might be quite scenic, but any views that wemight have seen were masked by the mist, cloud and rain.

Stu had downloaded the soundtrack to Rambo last night, just to make our journey to Hope a bit more dramatic. (For those who don't know, the first Rambo film was set and filmed in Hope).

Once we arrived in Hope we took a brief drive around the town, but with the rain still hammering down it didn't really put us in the exploring mood. So we soon made a stop at the Park Motel which Stu had researched on the Internet earlier, and booked ourselves a room for the night.

Our room seemed quite nice. It had a big, comfy sofa and comfy looking bed. It had a guest book which I had a flick through, and was pleased to see nothing but great reviews for the place - most of which made particular reference to the comfortable bed which was reassuring. The only slight annoyance was the dodgy wireless Internet. One minute it was fine but the next it would play up a bit.

As the afternoon was pressing on we decided to take a drive out for lunch. In the guest book I noticed someone made reference to a pub nearby by which served 'All-you-can-eat fish and chips'. We weren't too bothered about the 'all-you-can-eat' part, but fish and chips sounded good to us. We looked it up on the Internet and took a short drive to the place.

The food ended up being ok. Not the best fish and chips we've ever had, but certainly not the worst. Feeling suitably stuffed we drove back to the hotel room and decided to have a restful afternoon. Had the weather been nicer we may have ventured out, but with the weather being so rotten staying in seemed the best thing to do.

The rest of our evening was fairly uneventful. Stu sorted through some of his pictures and uploaded some blog posts, as he had got a bit behind lately. We also found Scarface was on the TV so watched that before going to sleep. It was quite annoying that despite the late showing of the film they still find the need to blank out all the swearing.

Yesterday we awoke to a much more promising day. Whilst it was still cloudy outside the rain was only light, with the promise of getting better later.

We had to check out of our hotel in the morning by 11am, and as we were flying back to the UK later we needed to pack our bags well for the flight. It still amazes me how we manage to get all of our belongings into our bags, but somehow we managed it.

First thing required upon leaving the hotel was breakfast. We found a great little cafe serving all day breakfasts and so we made a stop there. The food and service were great, but the place was a bit strange. We were the only ones in the cafe and it was in total silence. Perhaps a radio or something might have relaxed the atmosphere a little. Whilst eating though we spotted a few leaflets giving some information about what to do in Hope. As our flight out of Vancouver wasn't until the evening we had plenty of time to kill and decided to see a bit of Hope before leaving.

After breakfast we took a drive about fifteen minutes outside of Hope to the location of the big rock slide. On 1st January 1965 an earthquake triggered a massive rock slide which buried the old Hope highway, and also claimed the lives of some people who were in vehicles on the highway. The viewpoint which you can drive up to view the rockslide area is actually built on part of the debris, and is around 55 metres above where the old highway used to be. It was a bit eery seeing the rockslide as it was an extensive area of debris. This coupled with a large shroud of mist, due to the wet weather, made for an interesting sight.

It began to rain heavily whilst we were at the rock slide, but thankfully on our drive back into the town the rain lifted and we even saw a bit of sunshine. We took this good opportunity to park up in the town and take some pictures while we had the chance.

With our sightseeing in Hope done we decided to drive back towards Vancouver. The drive back was a lot more scenic than the drive here as the mist and cloud had cleared. We hadn't realised on the way here that there were even things to see, but now we saw the snow-capped mountains which made the drive a lot prettier.

It was mid afternoon by the time we arrived in Vancouver and we decided to drive to Lynn Canyon, with the idea of stopping at the nice cafe there. Unfortunately, when we arrived we saw that the cafe was closed - I guess they close after lunchtime. As we were already here and didn't have anywhere else we had to be, we parked up here and made ourselves some lunch (Stu had bought some tortillas yesterday while we were at the hotel).

We sat in the car for a little while until it was time to return our car to the rental place. It wasn't a long drive to get there, and here they called us a taxi to take us to the airport.

Our flight wasn't until 8:40pm, and we arrived at the airport in plenty of time. Once we were checked in and through security we decided to stop at a bar and have a couple of light ales.

Our flight left on time and we are currently half way through our journey back to the UK. I watched two awful films - Last Rites and The Dilemma on the plane. I also attempted some sleep afterwards which was unsuccessful, which is why I have decided to write the blog. (For anyone who is confused, I have dated this blog entry as 04/05/11 as it is now around 2am Vancouver time, or 10am UK time - so either way it is now technically the 4th).

And so our travelling has now, or will very shortly, come to an end.

After being away for 187 days, travelling over 60,000 km (just under 40,000 miles), taking 15 airplane flights, 7 overnight trains, 3 overnight boats, staying in countless hotels, driving 4 different cars, travelling on countless buses and in countless taxis, living in a motorhome for 6 weeks and staying with very generous friends for 7 weeks, we are now saying goodbye to the hobo lifestyle and settling down once again.